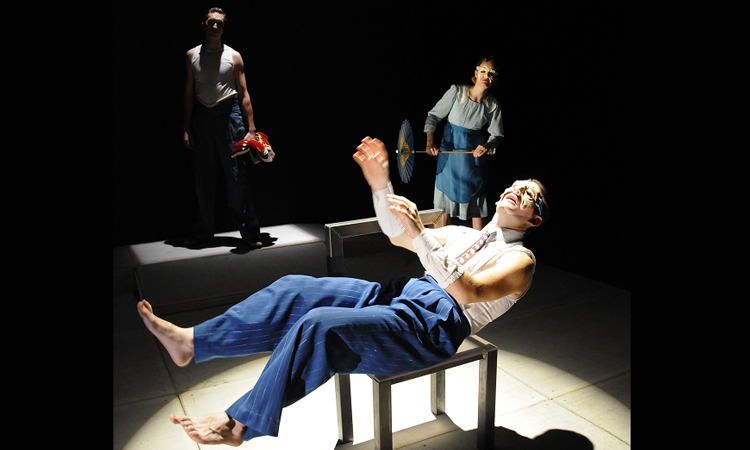 Cairo – In partnership with the Egyptian Ministry of Culture, the U.S. Embassy in Cairo is excited to bring New York based company Theater Mitu to the upcoming Cairo International Festival of Contemporary and Experimental Theatre (CifCet).  Theater Mitu will be performing on the 27th and 28thof September at 8:00 PM at the El Hanager Theatre.  Each performance is free and attendees are encouraged to appear one hour before the event is set to begin.

We are thrilled by the opportunity to bring this American theater company to Egyptian audiences.  For over twenty years, Theater Mitu has traveled the world to research performance traditions, establish new artistic partnerships, offer intensive workshops that integrate new methodologies into theatrical training, and produce and present new theatrical works at home in New York City.  Theater Mitu first traveled to Egypt in 2010 to participate in that year’s CifCet and returned in 2016 to present its acclaimed production of Juárez: A Documentary Mythology.  The company has extensive experience in the Middle East and North Africa, including a six-year residency at New York University in Abu Dhabi.

This year, Theater Mitu was invited to further deepen its relationship with the CifCet festival by bringing its production of American playwright Arthur Miller’s masterpiece “Death of a Salesman” to Egypt, after a critically acclaimed, sold-out run at the Brooklyn Academy of Music.

Cultural and artistic programming is just one way the United States partners with Egypt.  Find out more at https://eg.usembassy.gov or on Facebook and Twitter at @USEmbassyCairo.