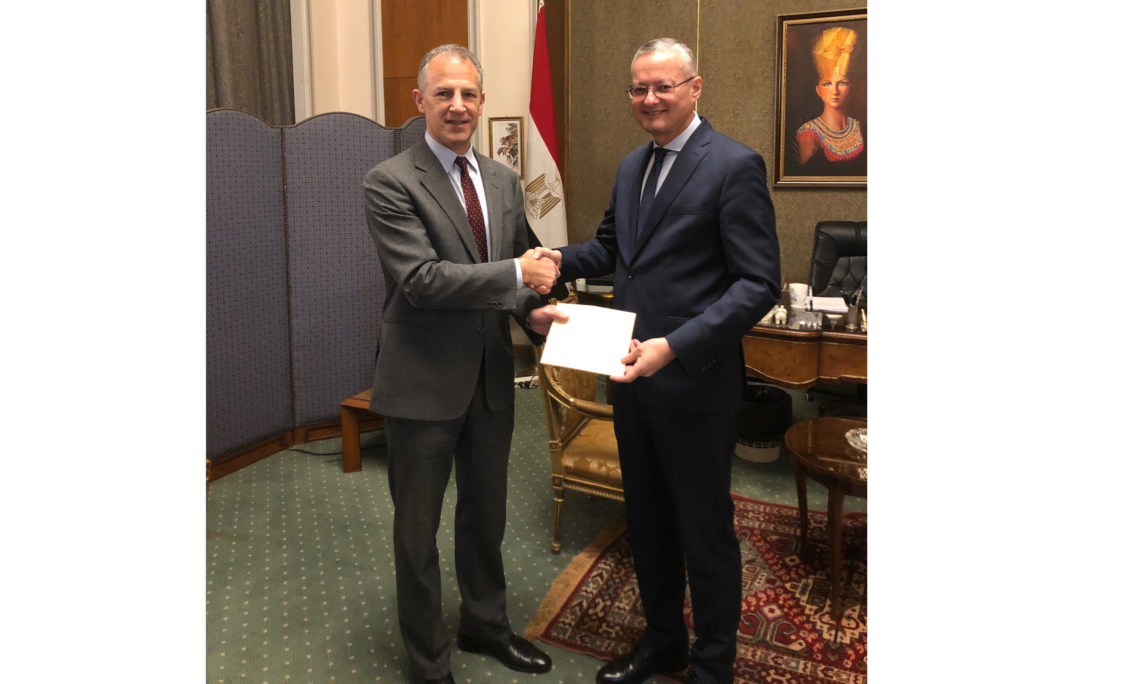 Cairo – The Embassy of the United States of America is pleased to announce the arrival in Cairo of the new U.S. Ambassador to Egypt, Jonathan Cohen. Ambassador Cohen presented his credentials at the Ministry of Foreign Affairs on November 17, 2019.

A Foreign Service Officer since 1986, other assignments have included: Political Advisor to Operation Northern Watch out of the U.S. Embassy in Turkey; various positions in Iraq, including Political Advisor to the Office of Reconstruction and Humanitarian Assistance-North, Irbil, and member of the Coalition Provisional Authority Governance Team; Political Officer at the U.S. Embassy in Sweden; Liaison to the Hungarian Chairmanship of the Organization for Security and Cooperation in Europe (OSCE) and Executive Assistant to the Head of the OSCE Bosnia Mission; as the State Department’s OSCE Desk Officer/NATO Bosnia Officer, and on the Secretariat Staff/Advance Teams for Secretaries of State Baker, Eagleburger and Christopher.  Earlier in his career he was the USAID Coordinator and Economic Officer for the West Bank at the U.S. Consulate-General in Jerusalem; and Consular/Refugee Affairs Officer at the U.S. Embassy in Thailand.

He graduated with a BA in Politics and a certificate in Near Eastern Studies from Princeton in 1985, spent 1985-1986 at Hebrew University in Jerusalem on an Israel Government Grant, and attended Georgetown University’s Masters of Science in Foreign Service Program in 1986.  He and his wife, Lidija Cohen, have two daughters.  His hometown is Laguna Beach, California.  He speaks French, Swedish and Italian, some Hebrew and is working on his Arabic.  He is an avid runner and skier, and a former rugby and football player.