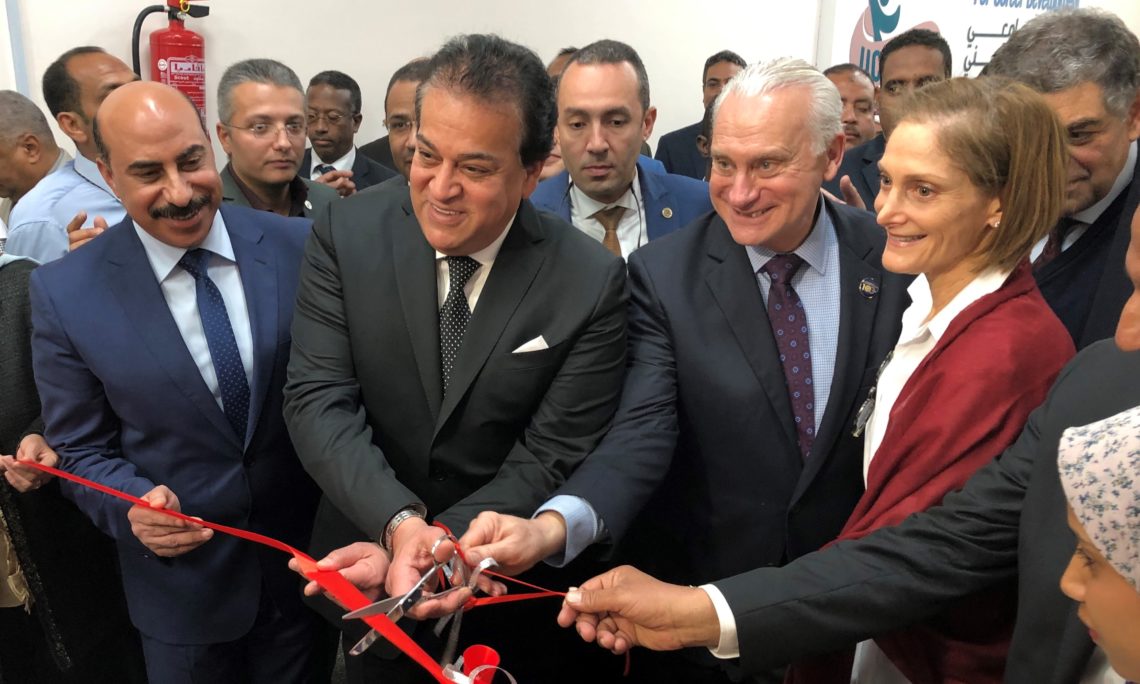 In partnership with the Ministry of Higher Education and Scientific Research, USAID inaugurated the University Center for Career Development at Aswan University, which will prepare Egypt’s youth for—and connect them to—today’s job market. This activity is a vital link between higher education and the private sector in Egypt.

“It’s an honor to celebrate the opening of Aswan University’s Center for Career Development,” said Mission Director Sherry F. Carlin at the inauguration. “The Career Center will increase the university’s capacity to serve thousands of young Egyptians who are looking to turn academic achievement into a successful career and make important contributions to Egypt’s future.”

Since the project began two years ago, the Ministry of Higher Education and Scientific Research, USAID, the American University in Cairo, and numerous public university partners have opened 14 Career Centers at 10 universities, that have already benefited 45,000 students across Egypt.

In Aswan, Mission Director Carlin also visited a USAID-supported community center that is promoting voluntary family planning methods in partnership with the Ministry of Health and Population in response to Egypt’s rapid population growth. During her visit, Mission Director Carlin witnessed the signing of a memorandum of understanding between USAID and the Syndicate of Pharmacists in Aswan that will establish regular trainings in family planning topics for private sector pharmacists.

These Aswan projects are part of the four decades of partnership between the American and Egyptian people to bolster self-reliance, foster stability, promote economic growth, and reduce poverty.  USAID’s program in Egypt, totaling over $30 billion since 1978, promotes a healthy, educated, and employed population.  To find out more about USAID’s work, please see https://www.usaid.gov/egypt, and follow along on Facebook and Twitter at @USAIDEgypt.