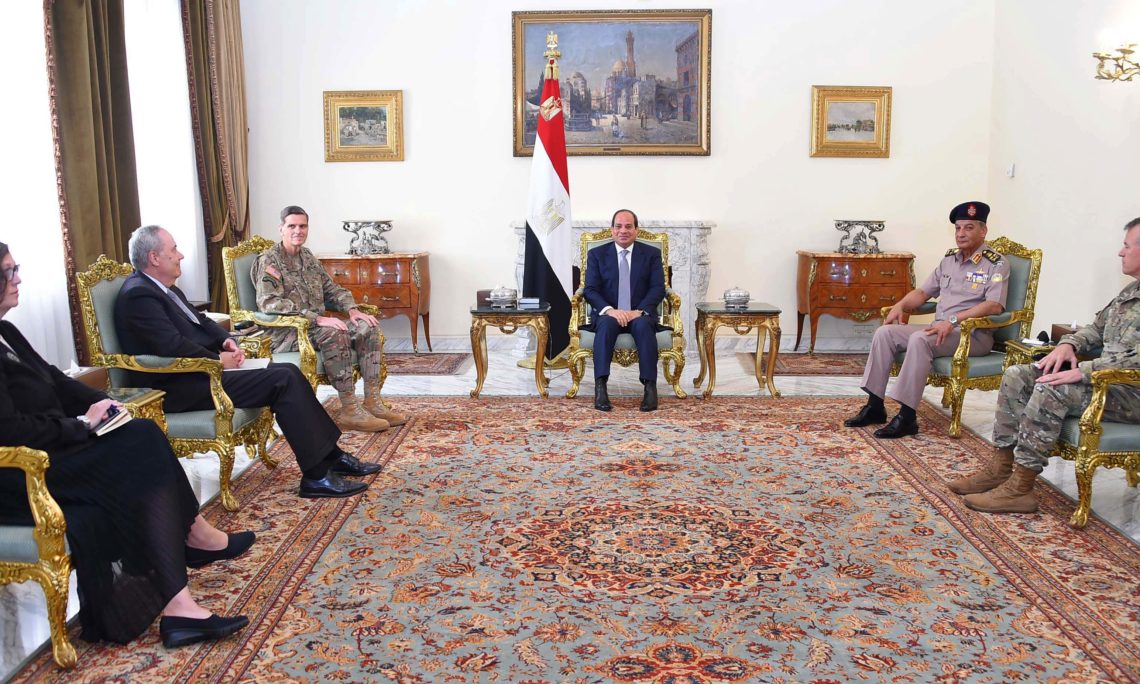 “Egypt is one of our most vital partners in the region,” General Votel said.  “The BRIGHT STAR 18 exercise promotes our vision of a more stable and prosperous region with increasingly effective governance, improved security, and trans-regional cooperation. CENTCOM sees this expanded joint exercise as vital to securing American and Egyptian interests.”

Approximately 800 U.S. military service members will participate in BRIGHT STAR for the second year in a row since its resurgence, at the invitation of the Egyptian Armed Forces. The focus this year will be on regional security and cooperation, and promoting interoperability in irregular warfare scenarios. Participation in this exercise strengthens the military-to-military relationships between U.S. and Egyptian forces in the Central Command area of responsibility, as well as for other participating nations. As a partner with Egypt, the United States remains committed to supporting the Egyptian government and people through diplomatic, economic, social and security cooperation.