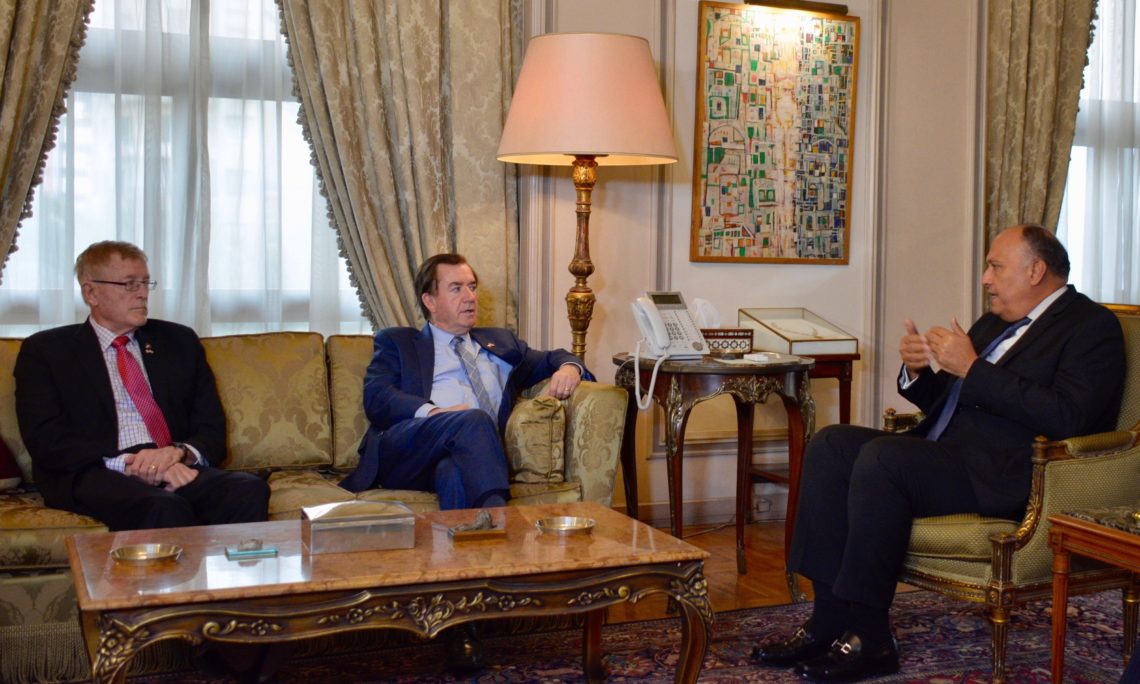 Chairman Royce issued the following statement on the delegation’s visit:

“Egypt faces serious challenges from ISIS. These terrorists have killed hundreds of innocent Egyptians, including dozens in last year’s Palm Sunday attacks. Strengthening the U.S.-Egypt partnership is critical to defeating this shared threat and advancing other mutual interests. To that end, I urged Foreign Minister Shoukry and General Kamel to reduce ties with the North Korean regime, and promote reforms to support economic growth and civil society. Working together, we can achieve a secure and prosperous future.”