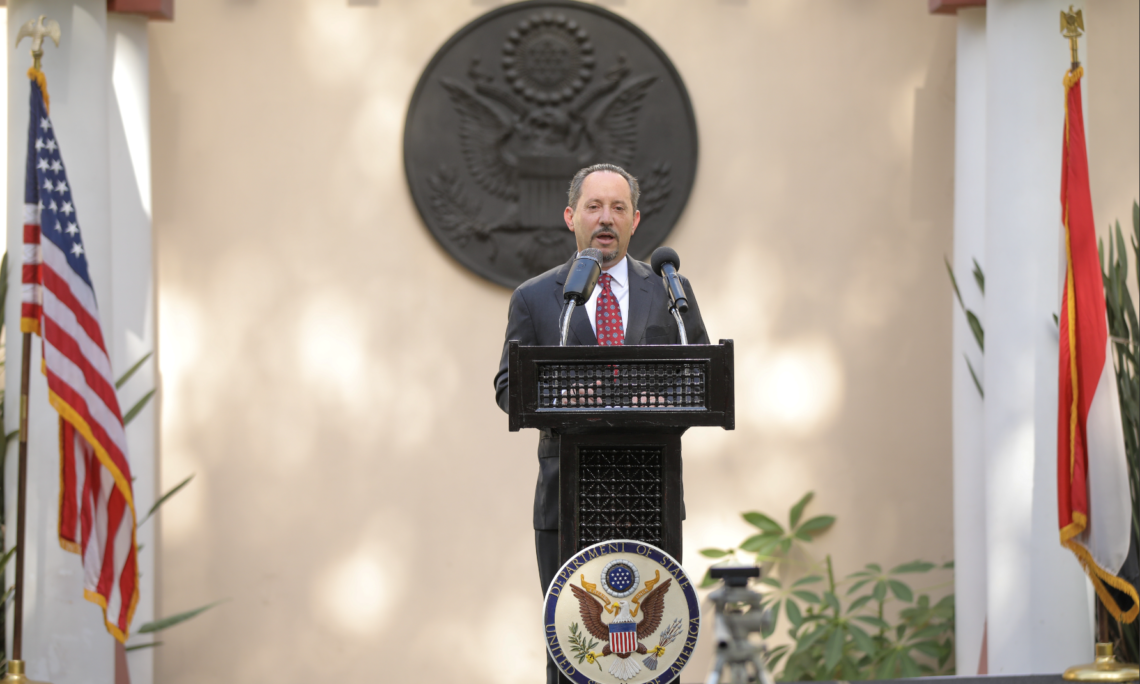 Cairo – The United States Embassy in Cairo is pleased to announce that Ambassador Daniel Rubinstein has assumed duty as U.S. Chargé d’Affaires, ad interim, to the Arab Republic of Egypt. In this capacity, Ambassador Rubinstein will serve as Chief of Mission and as the senior-most U.S. Government official in Egypt. Ms. Nicole Shampaine, who has served as Chargé d’Affaires, a.i. since March 2022, will resume her duties as Deputy Chief of Mission.

Ambassador Rubinstein previously served as U.S. Ambassador to Tunisia from 2015 to 2019.  He also served as U.S. Special Envoy for Syria; as Principal Deputy Assistant Secretary of the U.S. Department of State’s Bureau of Intelligence and Research; as Consul General and Chief of Mission in Jerusalem; as Chief of the Civilian Observer Unit in the Multinational Force and Observers in Sinai, Egypt; and as Deputy Chief of Mission in Amman, Jordan.

Ambassador Rubinstein is a graduate of the University of California, Berkeley. He is fluent in Arabic.