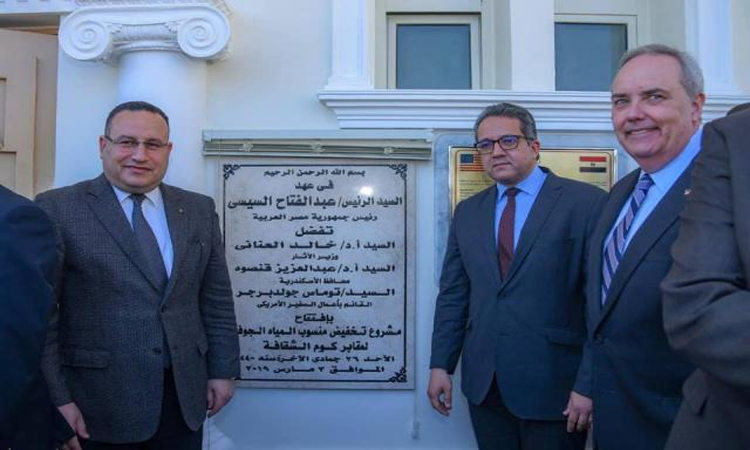 “This site has rich cultural significance and has the potential to attract tourists and generate revenue,” said U.S. Chargé d’Affaires Thomas Goldberger.  “The United States is committed to continuing our partnership with the Government of Egypt to conserve Egypt’s cultural heritage and increase tourism.”

The U.S. Government through the U.S. Agency for International Development (USAID) contributed $5.7 million (USD) for a system to lower the groundwater level in partnership with the Ministry of Antiquities and the National Organization for Potable Water and Sanitary Drainage. The system preserves the site from erosion and enables tourists to access the lowest level of the Catacombs.

Since 1995, the American people, through USAID, have provided $100 million in assistance to conserve monuments and masterpieces spanning the full range of Egypt’s long cultural heritage – from Pharaonic times to the late Ottoman period.  USAID-financed restoration and training programs help ensure that Egypt can capitalize on the sector’s traditional role as an engine of economic growth and employment.

Since 1978, the American people have invested $30 billion to further Egypt’s human and economic development.  To find out more about USAID’s work in Egypt, please see https://www.usaid.gov/egypt, and follow on Facebook and Twitter at @USAIDEgypt.