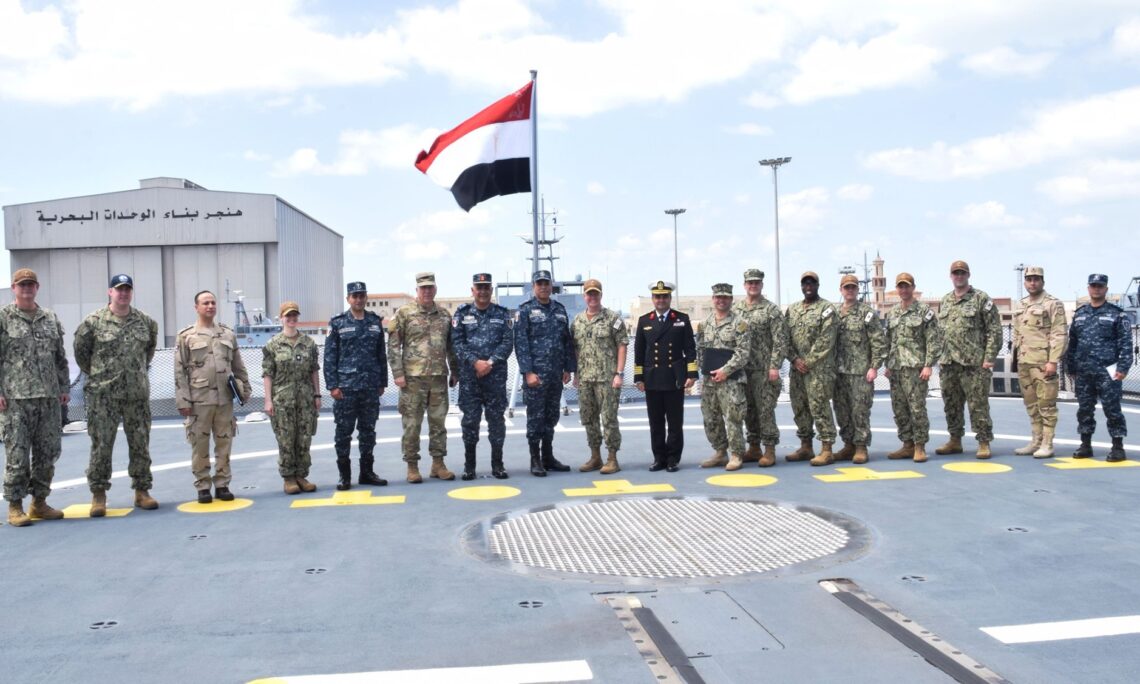 Egypt has become the 34th member of the Combined Maritime Forces (CMF), April 12.

CMF is an enduring multinational coalition committed to upholding the International Rules Based Order by countering illicit non-state actors on the high seas and promoting security, stability and prosperity.

“Today is a historic moment as Egypt enters into our enduring coalition,’ said Paparo. “Egypt is an important partner in ensuring stability in the region, and we are honored to welcome Egypt’s partnership in our mission focused on making the region and world a safer place.”

CMF’s area of operations encompasses some of the world’s most important shipping lanes with more than 3 million square miles of international waters, including the key chokepoints of the Suez Canal, Bab al Mandeb and Strait of Hormuz.

“Egypt brings a wealth of operational experience in the region and maritime capabilities to CMF, and now provides coalition partners on both sides of the Red Sea, a waterway of significant strategic importance accounting for 10 percent of the world’s trade,” said Paparo. “Egypt’s membership will improve mutual awareness and ability to operate in the central and northern Red Sea.”

CMF was established in 2002 and the importance of maritime partnership, cooperation and coordination remains just as viable, relevant and effective today as the strategic environment is always evolving. In the maritime domain, the key elements in countering threats are like-minded partners and allies, coming together to suppress bullies, pirates and those who seek to create new norms to their own advantage.

In order to counter these challenges, CMF provides military assets to support the construct with partner nation rotations of Coalition Task Forces (CTFs) and staff to the CMF headquarters in Manama, Bahrain. The three CTFs of CMF include CTF 150 with a focus on maritime security operations throughout the area, CTF 151 conducting counter piracy operations, and CTF 152 focuses on maritime security in the Arabian Gulf.

CMF Deputy Commander Commodore Ed Alhgren, OBE, of the Royal Navy, shared, “I am excited to welcome Egypt to the CMF. From my time as the United Kingdom’s Defence Attache in Cairo, I have great respect for the Egyptian Navy and I am confident they will make a significant contribution to the construct.”

Paparo concluded the visit to Alexandria by thanking Vice Adm. Ahmed Khaled, commander of the Egyptian Navy for the increased cooperation and combined operations in the Red Sea.

“With Egypt’s entry into CMF, this cooperation and interoperability will only grow,” said Paparo.