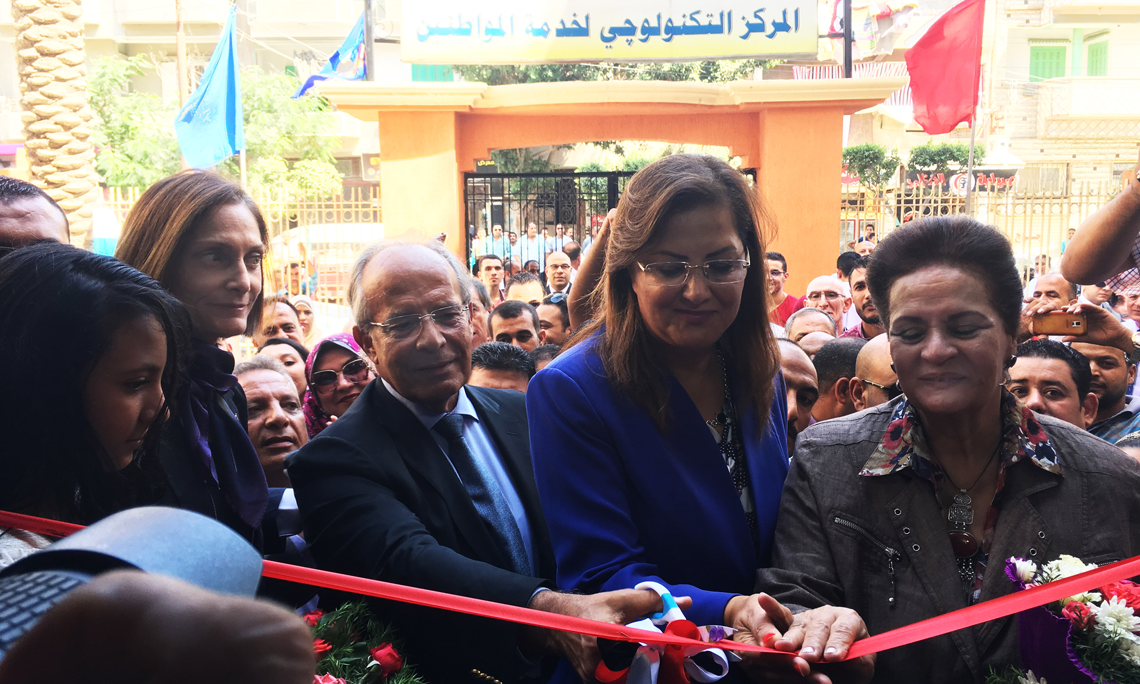 Beheira – U.S. and Egyptian government officials inaugurated newly refurbished and modernized Citizen Service Centers in Abu Hummos, Kafr El Dawar, and Damanhour.  These one-stop shops for government services were upgraded through cooperation between the U.S. Agency for International Development, the Beheira Governorate, and the Ministry of Planning, Monitoring and Administrative Reform.

“Nine Citizen Service Centers in Beheira are now modernized so that citizens will be able to transact their business through an efficient, web-enabled system,” said Mission Director Carlin.  “Whether they need a license or a permit, connection to utilities, an application for housing assistance, or any of the dozens of other available services, the Centers will provide it efficiently and transparently.”

The Ministry of Planning supports 142 automated Citizen Service Centers in Egypt based on a model established in Beheira through partnership with USAID.  The U.S. Government, through USAID’s Effective Planning and Services Project, supports Egyptian-led government decentralization efforts mandated by Egypt’s constitution.  USAID supported the establishment or upgrade of ten one-stop shops Citizen Service Centers in Aswan and Beheira and is piloting a web-based application for government services that will eventually be expanded nationwide.

This project is part of the $30 billion that the American people have invested in Egypt through USAID since 1978.  To find out more about USAID’s work in Egypt, please see https://www.usaid.gov/egypt, and follow along on Facebook and Twitter at @USAIDEgypt.