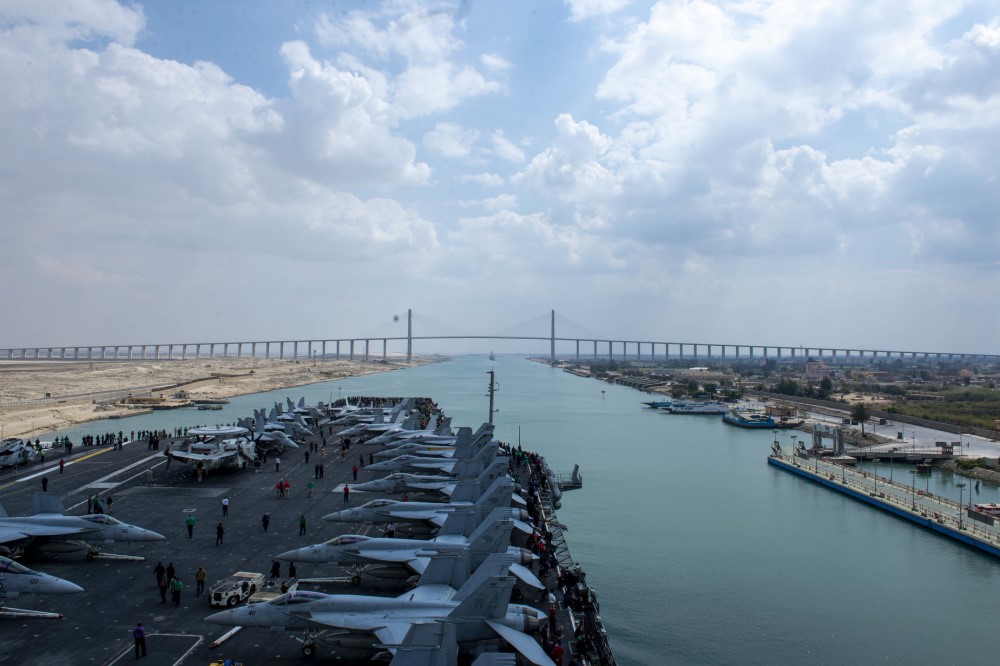 The IKE CSG’s transit marks the first U.S. warships to pass through the Suez Canal since it reopened on March 29.

“We appreciate the Government of Egypt and Suez Canal Authority’s efforts to ensure the safety of navigation in this critical waterway for all ships, and in allowing the IKE CSG to transit so quickly,” said Vice Adm. Samuel Paparo, Commander U.S. Naval Forces Central Command, U.S. 5th Fleet and Combined Maritime Forces.

While in the U.S. 5th Fleet area of operations, the IKE CSG will operate and train alongside regional and coalition partners, and provide naval aviation support to Operation Inherent Resolve.

“Our strike group is excited to sail and fly in the conduct of our operations in the Red Sea,” said Rear Adm. Scott F. Robertson, Commander Carrier Strike Group TWO. “The importance of our regional partnerships throughout U.S. Fifth Fleet Area of Responsibility cannot be overstated, and enhancing our relationship with Egypt is a continuation in fostering both trust and unity in our enduring maritime efforts.”

The 5th Fleet area of operations encompasses about 2.5 million square miles of water area and includes the Arabian Gulf, Gulf of Oman, Red Sea and parts of the Indian Ocean. The expanse is comprised of 20 countries and includes three chokepoints, critical to the free flow of global commerce.