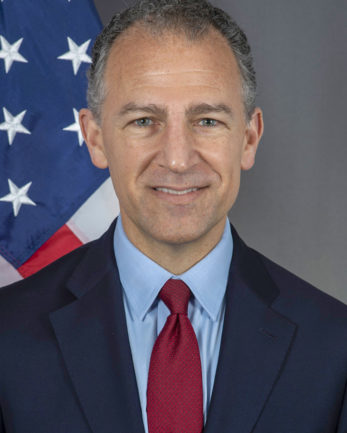 He graduated with an BA in Politics and a certificate in Near Eastern Studies from Princeton in 1985, spent 1985-1986 at Hebrew University in Jerusalem on an Israel Government Grant, and attended Georgetown University’s Masters of Science in Foreign Service Program in 1986.  He and his wife, Lidija Cohen, have two daughters.  His hometown is Laguna Beach, California.  He speaks French, Swedish and Italian, some Hebrew and is working on his Arabic.  He is an avid runner and skier, and a former rugby and football player.