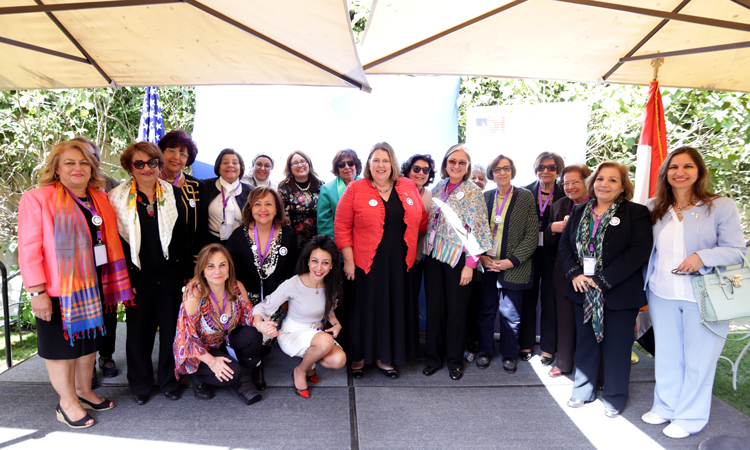 CAIRO – On the occasion of March 8, International Women’s Day, the U.S. Embassy in Cairo convened a symposium to celebrate the publication of the book Daughters of the Nile.  Compiled by Professor Samia Spencer of Auburn University, Daughters of the Nile features the stories of 38 Egyptian women whose bold visions have helped promote change.  Organized in collaboration with the Women’s Association of Cairo, the symposium featured panel discussions with several of the women profiled in the book.  Al Arabiya Cairo Bureau Chief Randa Abu Al-Azm moderated the discussions, and Hoda Badran, Head of the Egyptian Feminist Union, delivered closing remarks.

“This was a great opportunity to reflect on the stories of these remarkable women.  They have been real agents for change in promoting women’s inclusion and advocating for gender equality,” said Mrs. Eden Goldberger, vice-chair of the Women’s Association of Cairo and the spouse of U.S. Deputy Chief of Mission Thomas Goldberger.  “It was an honor to host this event, and I look forward to our continuing efforts to advance women’s issues here and around the world.”

The United Nations first declared March 8 to be International Women’s Day in 1975.  It is an occasion to celebrate women’s contributions to society and to raise awareness of the issues and obstacles that women continue to face.  This year’s theme is “Be Bold for Change,” and the women leaders at today’s symposium embody the courage necessary to forge progress.