Home الصفحة الرئيسية | News & Events | INA Hosts First Visit for the Chairman General of the Egyptian General Authority for Land and Dry Ports during a Visit CBP Facilities in the U.S. 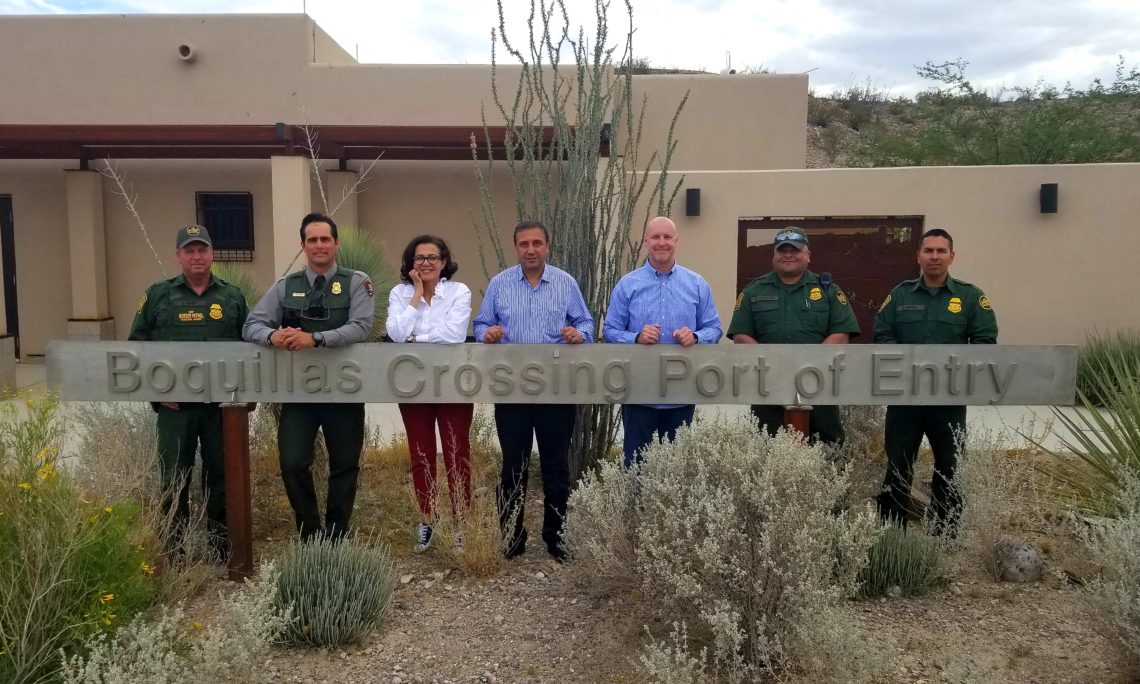 From April 29 to May 4, 2018, the highest ranking official from the Egyptian General Authority for Land and Dry Ports (GALDP), Chairman Foad Elsayed Osman, accompanied the Customs and Border Protection (CBP) Attaché to Egypt, during a CBP IVP visit to the United States.

The visit was conducted in close coordination with the US Embassy, in Cairo, and US Customs and Border Protection (CBP) and the Department of State’s (DOS) Export Control and Related Border Security (EXBS) Program, in the United States. EXBS provided funding for this important visit.

GALDP is responsible for developing land ports and enhancing their performance; the development of facilities and the promotion of commercial transportation, including global development in the shipping industry; modernizing and developing the network of existing roadways to provide greater capacity and safety, and also to expand this network to meet future needs for development; developing inland waterway transportation service and providing for their security; and planning for the establishment, development and strengthening of railway networks at the national level.

The General is also responsible for developing an automated targeting system for Egyptian Land and Dry Ports.

The purpose of the visit was to highlight United States Customs and Border Protection (CBP) best practices for potential implementation at Egyptian Ports of Entry (POE) and to strengthen relationships with our Government of Egypt (GOE) counterparts, which are vital for increasing information sharing and improving safety and security for both Nations.

In El Paso, OFO senior officials provided the General with a POE ground tour, which highlighted primary and secondary port operations and how OFO uses a layered enforcement approach to detect unauthorized items and people attempting to illegally enter the US, while simultaneously encouraging legal travel and trade into the US. The General observed operations in both the pedestrian and vehicle lanes and saw how OFO uses advanced scanner technology and canines to inspect vehicles.

In Presidio, the General observed how CBP replicates port practices and process on a smaller scale, noting that, although smaller, the POE faces the operational and administrative challenges of larger ports. The Presidio Port Director provided the General with very informative presentations on operations at both the Presidio and Boquillas Ports of Entry.

In the Big Bend National Park, the General observed, first-hand, the challenges of operating a formal port of entry at a very remote location and how the Office of Field Operations uses technology and partners with the US Border Patrol and the U.S. Department of the Interior National Park Police to accomplish its mission. The General was very impressed by the Boquillas POE and indicated that there was the potential application of technology and processes, used in Boquillas, at similar remote ports of Entry in Egypt.

This was a very fruitful first phase of collaboration and communication between CBP and the Egyptian General Authority for Land and Dry Ports. Attaché Amidon anticipates a second visit to the United States, in FY2019, to visit the OFO Operations Center, in El Paso, Texas, and to meet with CBP Office of International Affairs (INA) and OFO senior leadership, in Washington, DC, to discuss the Automated Targeting System – Global (ATS – G) support to Egypt.

INA Assistant Commissioner Ian Saunders praised the increased engagement in Egypt citing, “This visit is another solid example of how INA works with the CBP operational components to support efforts in important overseas environments, by highlighting CBP best practices and building the important relationships around the world in a way that increases information sharing and the safety and security of partner Nations.”