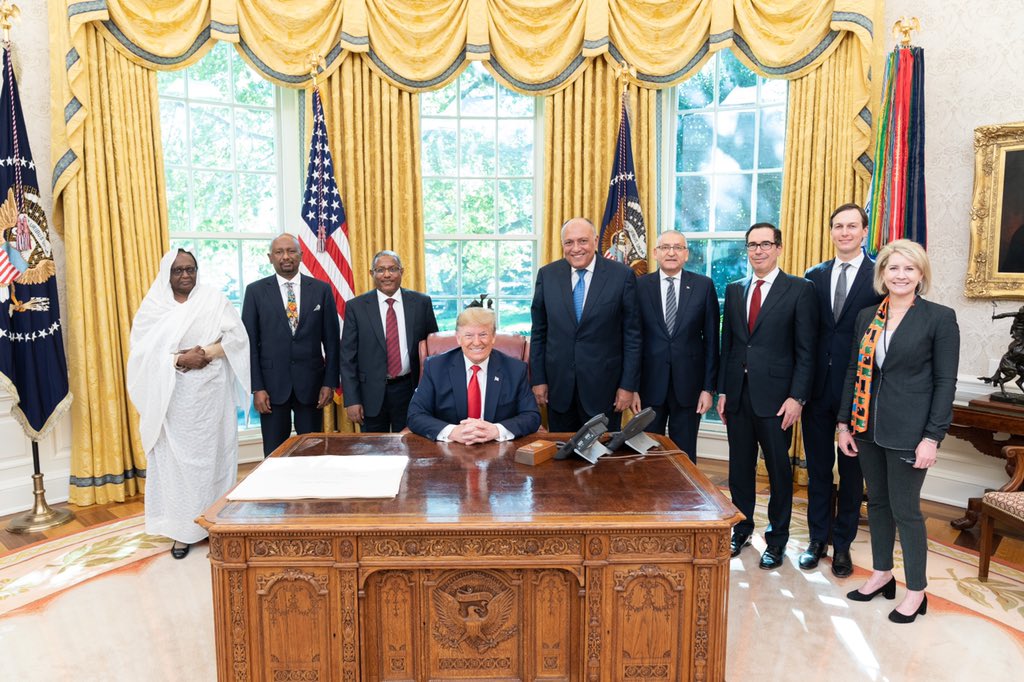 WASHINGTON, D.C. – The foreign ministers of Egypt, Ethiopia and Sudan and their delegations met with the Secretary of the Treasury and the President of the World Bank in Washington, D.C. on November 6, 2019. The ministers reaffirmed their joint commitment to reach a comprehensive, cooperative, adaptive, sustainable, and mutually beneficial agreement on the filling and operation of the Grand Ethiopian Renaissance Dam and to establish a clear process for fulfilling that commitment in accordance with the 2015 Declaration of Principles.

The foreign ministers noted their agreement to hold four technical governmental meetings at the level of water ministers. The ministers agreed that the World Bank and the United States would support and attend the meetings as observers. The ministers also agreed to work toward completion of an agreement by January 15, 2020, and would attend two meetings in Washington, D.C. on December 9, 2019 and January 13, 2020, to assess and support progress. If an agreement is not reached by January 15, 2020, the foreign ministers agree that Article 10 of the 2015 Declaration of Principles will be invoked.

The foreign ministers reaffirmed the significance of the Nile to the development of the people of Egypt, Ethiopia, and Sudan, the importance of transboundary cooperation, and their shared interest in concluding an agreement.