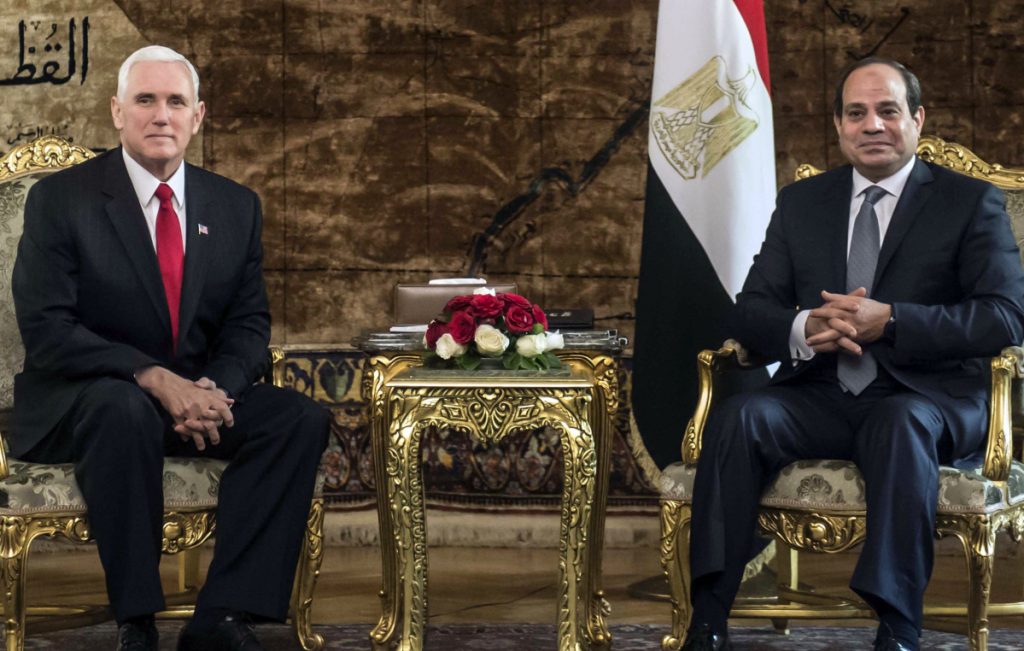 THE WHITE HOUSE
Office of the Vice President
FOR IMMEDIATE RELEASE
May 24, 2018

Vice President Mike Pence spoke today with President of Egypt Abdel Fattah Al Sisi to reinforce the strong partnership between the United States and Egypt. Vice President Pence expressed support for President Sisi’s release of more than 300 prisoners, including American citizen Ahmed Etiwy. The Vice President also raised concerns over other arrests of non-violent activists in Egypt and the two leaders underscored the need to address the humanitarian situation in Gaza as well.