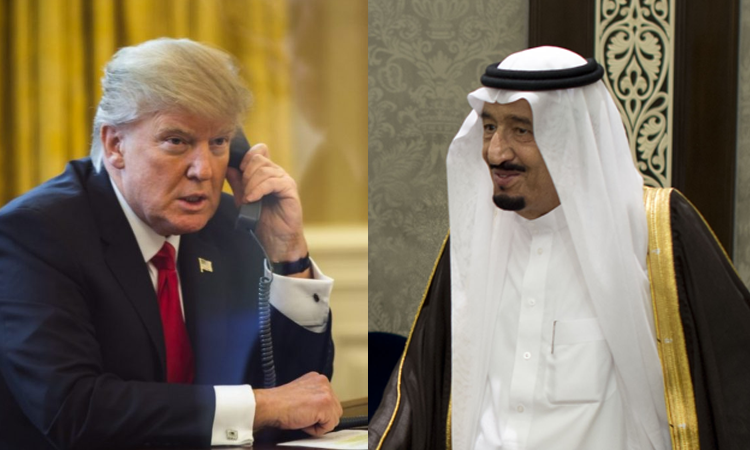 Office of the Press Secretary

President Donald J. Trump spoke yesterday with King Salman bin Abdulaziz Al Saud of Saudi Arabia.  King Salman expressed his condolences for the recent terrorist attack in New York City.  President Trump thanked the King for his support and emphasized America’s commitment to defeating ISIS.  The leaders also discussed the continuing threat of Iranian-backed Houthi militias in Yemen and last night’s intercepted missile attack on Riyadh.  They emphasized the importance of countering extremist ideologies and championing moderation and tolerance.  The President commended the King on achieving the commitments he announced during the historic Riyadh Summit earlier this year, including launching the Terrorist Financing Targeting Center and the Global Center for Combating Extremist Ideology.  President Trump thanked the King for military purchases, including a $15 billion investment in Terminal High-Altitude Area Defense (THAAD) and billions more in commitments and investments.  The President assured the King that he would support the purchase of appropriate military equipment that would keep Saudi Arabia safe and help create American jobs.  The President asked the King to strongly consider listing Aramco on a stock exchange in the United States.  Additionally, President Trump noted that the King and Crown Prince’s recent public statements regarding the need to build a moderate, peaceful, and tolerant region are essential to ensuring a hopeful future for the Saudi people, to curtailing terrorist funding, and to defeating radical ideology – once and for all – so the world can be safe from its evil.