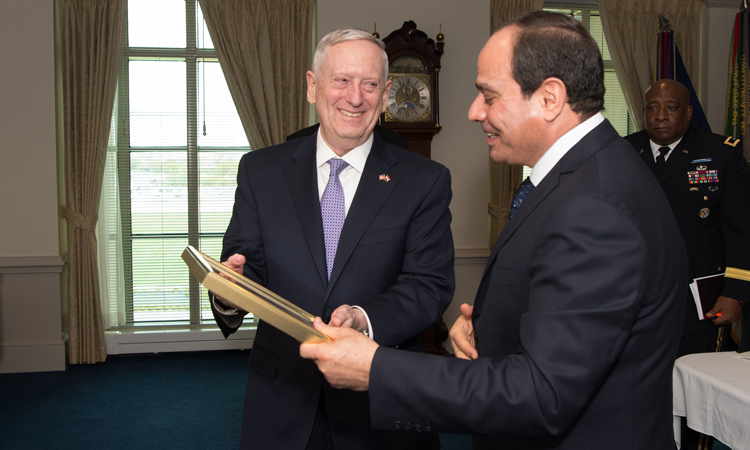 The two leaders discussed a range of Middle East security issues and expressed their desire to cooperate on counterterrorism and regional challenges. They recognized defense cooperation as the backbone of the U.S.-Egyptian bilateral relationship and expressed a mutual desire to deepen their countries’ defense partnership moving forward.

Secretary Mattis looks forward to visiting Cairo in the near future.