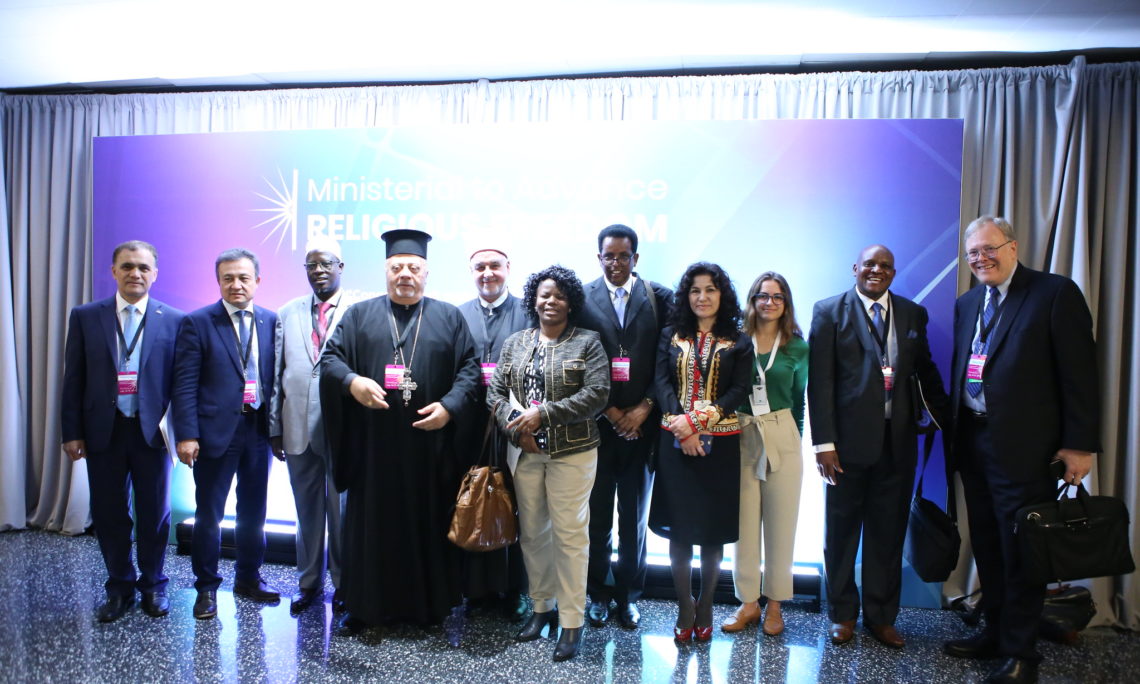 OFFICE OF THE SPOKESPERSON

Twenty-six faith and community leaders, religious freedom advocates, and social media experts from South and Southeast Asia arrived in the United States this week to participate in a new, two-way Professional Fellows On-Demand Program exchange. The Religious Freedom and Interfaith Dialogue Exchange kicked-off in Washington, D.C. to coincide with the Ministerial to Advance Religious Freedom. The three-week exchange program aims to create a network of spiritual and community leaders prepared to use media tools to promote moderation, build tolerance, and prevent conflict.

Following the Ministerial, the Fellows will engage with policy makers and community advocates at the Religious Tolerance 2.0 Forum on July 18 at George Washington University’s Elliott School of International Affairs. This special event will focus on the role of religion as a tool to promote positive societal narratives and counter violent extremism. The participants will then break into three groups and travel to Minneapolis, Pittsburgh, and Salt Lake City to meet with public and private sector leaders working to build social cohesion, tolerance, and resilience to fighting violent extremism. The participants will come together for a closing program in New York City.

Participants will return home with tools to promote religious understanding and cooperation in their communities. In fall 2019, U.S. counterparts will join the Fellows for a final summit in Asia, which will focus on religion in the digital age.

Media can RSVP for the event on July 18 and obtain more information on this exchange program by contacting ECA-Press@state.gov. Follow the program on social media at #ExchangeOurWorld and #AdvanceReligiousFreedom.