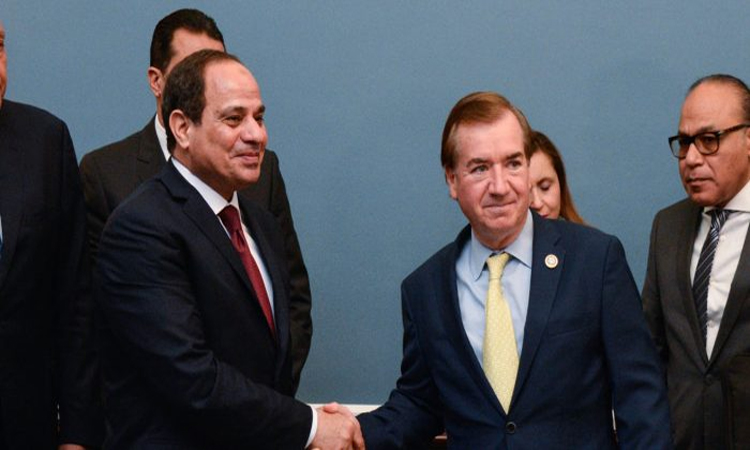 “Egypt plays a key role in a turbulent region by helping promote stability in the Gaza Strip and elsewhere. Especially in the aftermath of the Arab Spring, the country faces many challenges – including a struggling economy and a rise in radical Islamist extremism. President al-Sisi and I discussed much-needed reforms that can help solve some of those challenges. By creating a business environment that encourages entrepreneurialism and provides companies with certainty, Egypt could begin to grow its economy and create jobs for the Egyptian people. And while Egyptian forces combat ISIS-affiliated terrorists in the Sinai Peninsula, the Egyptian government must better support civil society and human rights in order to discourage young people from being radicalized.”