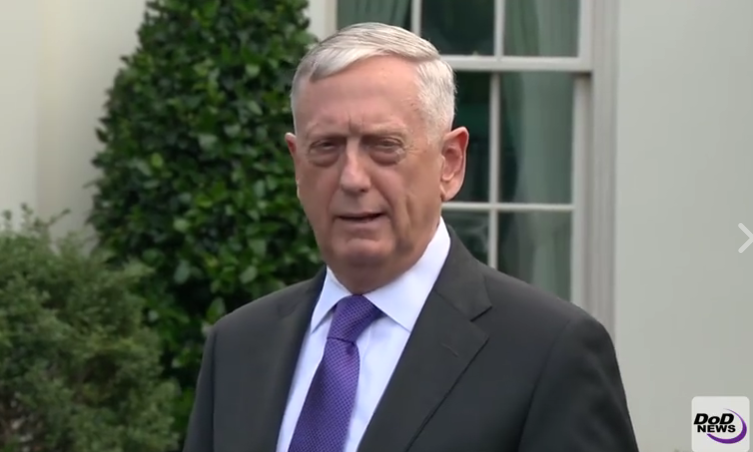 We had a small group national security meeting today with the President and the Vice President about the latest provocation on the Korean peninsula.

We have many military options, and the President wanted to be briefed on each one of them.

We made clear that we have the ability to defend ourselves and our allies – South Korea and Japan – from any attack. And our commitments among the allies are ironclad.

Any threat to the United States, or its territories – including Guam – or our allies will be met with a massive military response – a response both effective and overwhelming.

Kim Jong Un should take heed the United Nations Security Council’s unified voice – all members unanimously agreed on the threat North Korea poses, and they remain unanimous in their commitment to the denuclearization of the Korean peninsula – because we are not looking to the total annihilation of a country – namely, North Korea.

But, as I said, we have many options to do so. Thank you very much.