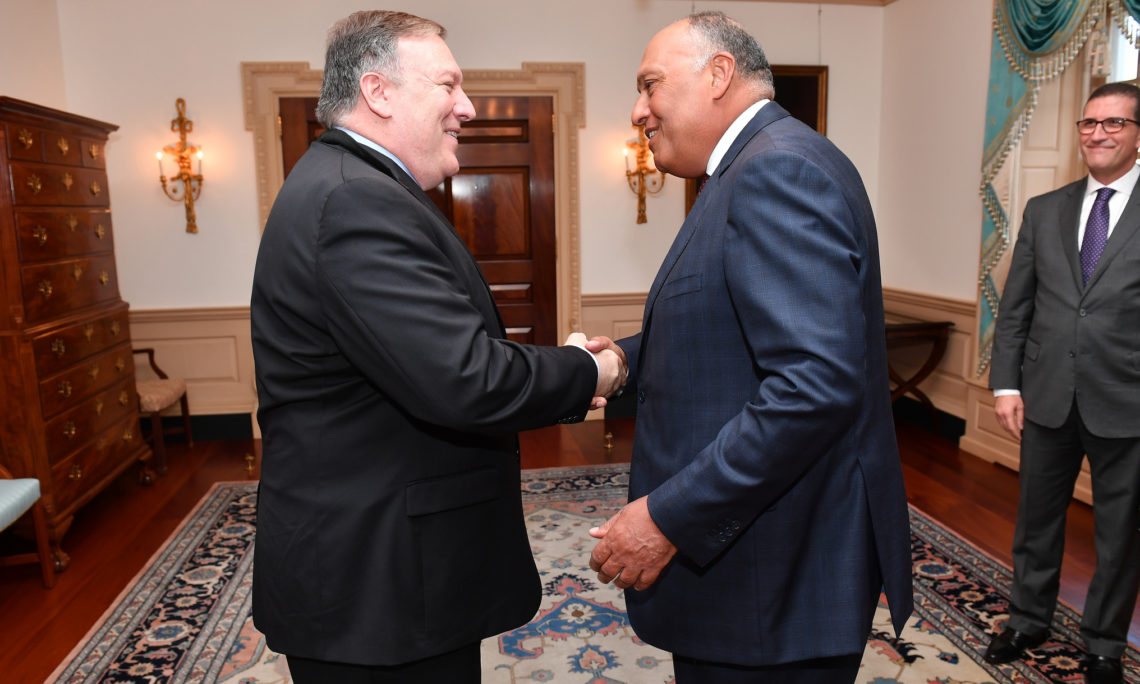 U.S. DEPARTMENT OF STATE
Office of the Spokesperson
For Immediate Release

The below is attributable to Spokesperson Heather Nauert:‎

Secretary Michael R. Pompeo met today in Washington with Egyptian Foreign Minister Sameh Shoukry.  They discussed the strong U.S.-Egypt partnership, U.S. military assistance to Egypt, and close cooperation on bilateral and regional security issues, including Syria, Libya, and efforts to advance peace between Israel and the Palestinians.  They also discussed the vital role of civil society in Egypt and the importance of the protection and promotion of human rights.  Secretary Pompeo and Foreign Minister Shoukry look forward to holding the U.S.-Egypt Strategic Dialogue in Washington later this year.