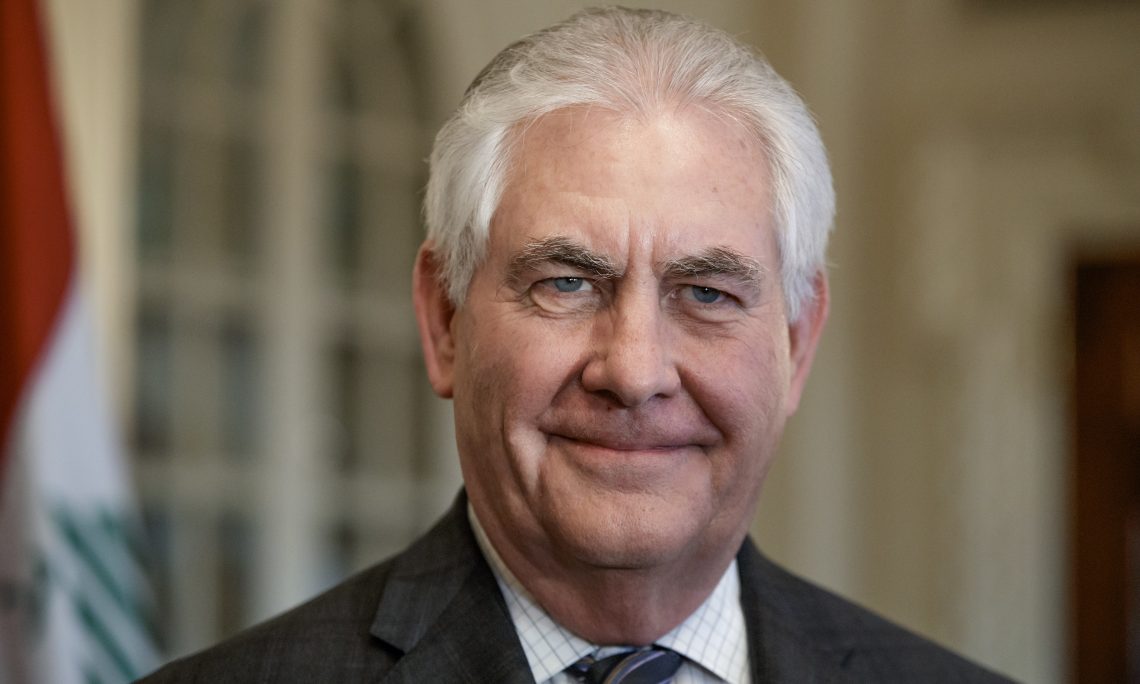 In Jordan, the Secretary will meet with His Majesty King Abdullah II ibn Al-Hussein and Jordanian Minister of Foreign Affairs Ayman Al-Safadi. The Secretary will underscore the enduring strength of the U.S.-Jordan relationship, engage with the Jordanian leadership on the conclusion of a new Memorandum of Understanding on bilateral assistance, and discuss key regional issues such as the ongoing crisis in Syria and Jordan’s support for Middle East peace.

The Secretary’s itinerary includes a stop in Turkey, where he will meet with senior Turkish officials to discuss a range of bilateral and regional issues.

In Beirut, the Secretary Tillerson will meet with Lebanese President Michel Aoun, Prime Minister Saad Hariri, and Speaker of Parliament Nabih Berri. The Secretary’s visit will emphasize U.S. support for the Lebanese people and the Lebanese Armed Forces.

The Secretary will meet with senior Egyptian officials in Cairo to discuss the U.S.-Egypt partnership, how we can further strengthen it, and coordinate on key regional issues.

The Secretary will lead the U.S. delegation to the Ministerial meeting of the Global Coalition to Defeat ISIS in Kuwait and participate in the Iraq Reconstruction Conference.

This is the third time the Secretary will gather with his counterparts for a meeting of the Global Coalition, and the first since the defeat of ISIS in Raqqa and Iraq declared its territory liberated. The Secretary will express his appreciation to Kuwait for hosting these events at a critical time. The Secretary and his counterparts will discuss how the 74-member Global Coalition can ensure an enduring defeat for ISIS in Iraq and Syria, while sharpening the Coalition’s focus on denying ISIS’s global ambitions.

The three-day Iraq Reconstruction Conference will showcase private sector investment opportunities and international support for Iraq. The Secretary will participate in events that highlight private sector opportunities to rebuild Iraq’s infrastructure and modernize key sectors of its economy to improve the lives of the Iraqi people. This will be an opportunity to support the Iraqi people and help impart confidence that Iraq is now open for business.

The Secretary will meet with various senior officials and counterparts on the margins of the Defeat-ISIS Ministerial and Iraq Reconstruction Conference.