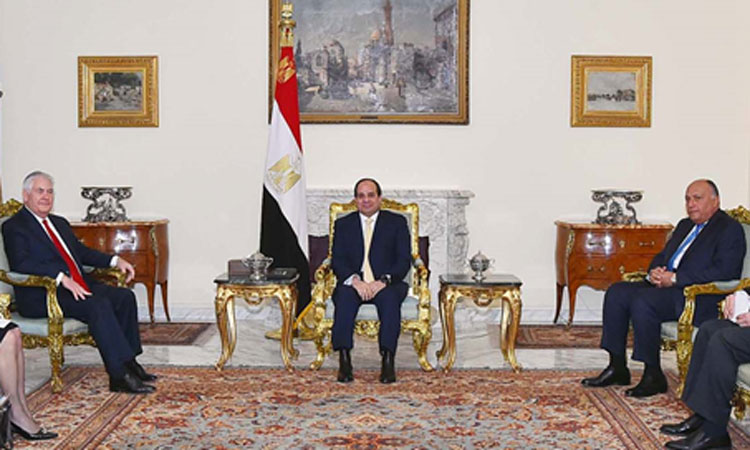 The following is attributable to Spokesperson Heather Nauert:

Secretary Tillerson had a productive meeting with Egyptian President Abdel Fatteh al-Sisi Monday in Cairo. They discussed our two countries’ shared commitment to fight terrorism in all its forms, and particularly to continue our efforts as members of the global coalition to defeat ISIS. They also agreed to pursue a new joint strategic dialogue and enhance the already strong ties between the United States and Egypt, including economic and commercial links. In the context of those strong ties, the Secretary and the President agreed to continue to work to resolve a number of issues of mutual concern.