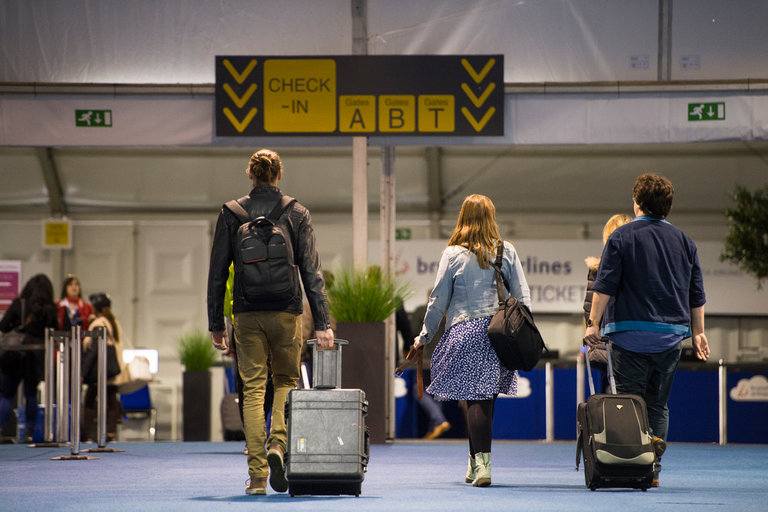 1.  As part of the State Department’s continuous efforts to provide U.S. citizens traveling abroad with information about relevant events, we are updating the Worldwide Caution with information on the continuing threat of terrorist actions and violence against U.S. citizens and interests throughout the world.  Current information suggests that terrorist groups continue to plan attacks in multiple regions.  Recent terrorist attacks, whether by those affiliated with terrorist entities, copycats, or individual perpetrators, serve as a reminder that U.S. citizens need to maintain a high level of vigilance and take appropriate steps to increase their security awareness.  This replaces the Worldwide Caution dated March 3, 2016.

2.  ISIL (aka Da’esh) has called on supporters to attack U.S. citizens and coalition partners wherever they are.  In the past year, major terrorist attacks occurred in Belgium, France, Germany, Turkey, Egypt, Saudi Arabia, Somalia, Nigeria, Syria, Iraq, Indonesia, Pakistan, Afghanistan, and Bangladesh among others.  Authorities believe there is a continued likelihood of attacks against U.S., Western, and coalition partner interests throughout the world, especially in the Middle East, North Africa, Europe, and Asia.

3.  U.S. citizens have been kidnapped and murdered by members of terrorist and violent extremist groups and U.S. citizens continue to be at risk of kidnappings and hostage events as ISIL/Da’esh, Taliban elements, al-Qa’ida, and their affiliates attempt to finance their operations through kidnapping-for-ransom operations.

4.  Extremists may use conventional or non-conventional weapons to target official government and private interests.  Recent attacks indicate that extremists remain interested in attacking “soft” targets, such as:

5. Below, we provide information specific to different regions and countries.  Please check travel.state.gov for additional information.

6.  EUROPE:  Credible information indicates terrorist groups such as ISIL/Da’esh, and al-Qa’ida and affiliates continue to plot attacks in Europe as foreign fighters return home from Syria and Iraq, while other individuals may be radicalized or inspired by ISIL propaganda.  In the past year extremists have carried out attacks in France, Belgium, Germany and Turkey.  European authorities continue to warn of additional attacks on major events, tourist sites, restaurants, commercial centers, places of worship, and the transportation sector.  All European countries remain vulnerable to attacks from transnational terrorist organizations and U.S. citizens are urged to exercise vigilance while in public places.

7.  MIDDLE EAST and NORTH AFRICA:  Credible information indicates terrorist groups also continue to seek to attack U.S. interests in the Middle East and North Africa.  The U.S. government remains highly concerned about possible attacks against U.S. citizens, facilities, businesses, and perceived U.S. and Western interests.  Private U.S. citizens should not travel to any country to participate in armed conflict.  U.S. citizens are reminded that fighting on behalf of or providing other forms of support to designated terrorist organizations, can constitute the provision of material support for terrorism, which is a serious crime that can result in penalties including prison time and large fines.

8.  In Syria, the security situation is dangerous and unpredictable as a civil war between government and armed anti-government groups continues throughout the country.  Extremist groups including ISIL/Da’esh, , and al-Qa’ida have kidnapped and killed Westerners in Syria.

9. U.S.-designated terrorist groups operating in Lebanon include Hizballah, ISIL/Da’esh, elements of al-Qa’ida in Syria, Hamas, and the Abdullah Azzam Brigades (AAB).  U.S. citizens have been the target of terrorist attacks in Lebanon, and the threat of anti-Western terrorist activity remains high.

10.  ISIL/Da’esh controls significant territory in northern, western, and central Iraq, and continues to attack Iraqi security forces and civilians in those areas.

11.  In Egypt, Libya, Tunisia, Jordan, and Algeria, groups affiliated with ISIL, al-Qa’ida in the Islamic Maghreb (AQIM), and other terrorist groups have conducted attacks against both foreign and local targets.

12.  In Yemen, the level of instability and ongoing threats, including the threat of kidnapping, is severe.  Al-Qa’ida in the Arabian Peninsula (AQAP) and ISIL/Da’esh remain threats to U.S. citizens there.

13.  AFRICA:  AQIM, al-Murabitun, and ISIL/Da’esh are active in West Africa and the Sahel and have conducted attacks in Mali, Cote d’Ivoire, and Burkina Faso.  AQIM has also declared its intention to attack Western targets in the Sahel (Senegal, Mali, Mauritania, Niger, and Chad), and it has claimed responsibility for kidnapping and/or murdering several Westerners in the region.

14.  In Nigeria, the extremist group Boko Haram/ISIL-West Africa has claimed responsibility for dozens of attacks, mainly in northern Nigeria.  Boko Haram has carried out attacks in Cameroon’s Far North Region, western Chad, and southern Niger, targeting foreign expatriates, tourists, and government leaders, and continues to pose a threat to the region

15.  In Somalia, Al-Shabaab has conducted assassinations, suicide bombings, hostage taking, and indiscriminate attacks in civilian-populated areas, and the commercial aviation sector.  Al-Shabaab remains a threat to neighboring countries in the East Africa region.

16.  SOUTH ASIA:  The U.S. government assesses terrorist groups in South Asia may be planning attacks in the region, possibly against U.S. facilities, citizens, and interests.  The presence of al-Qa’ida, Taliban elements, including the Haqqani Network, Lashkar-e-Tayyiba, Da’esh; indigenous sectarian groups, and other terrorist organizations, pose a danger to U.S. citizens in the region.

18.  No province in Afghanistan should be considered immune from violence and crime, and the strong possibility exists throughout the country for hostile acts, either targeted or random, against U.S. and other foreign nationals at any time.  Taliban and other extremist organizations remain active in every province of the country and frequently target both Afghan government and foreign interests, including for kidnapping.

19.  India continues to experience terrorist and insurgent activities which may affect U.S. citizens directly or indirectly.  Anti-Western terrorist groups active in India include Islamist extremist groups such as Harkat-ul-Jihad-i-Islami, Harakat ul-Mujahidin, Indian Mujahideen, Jaish-e-Mohammed, and Lashkar-e Tayyiba.  Past attacks have targeted public places, including some frequented by Westerners, such as luxury and other hotels, trains, train stations, markets, cinemas, mosques, and restaurants in large urban areas.

20.  Since September 2015, Bangladesh has experienced a series of increasingly sophisticated violent attacks.  These include an attack against a restaurant in Dhaka’s diplomatic enclave that killed more than 20 people, including one U.S. citizen, as well as bombs and other attacks against gatherings of religious groups and security forces.  ISIL publicly claimed credit for many of these attacks.  Additionally, groups claiming to represent al-Qa’ida in the Indian Subcontinent (AQIS) asserted responsibility for a series of threats and terrorist attacks targeting writers, publishers, and others in the media, including the murder of a U.S. citizen blogger.

21.  CENTRAL ASIA:  Supporters of terrorist groups such as the Islamic Movement of Uzbekistan, al-Qa’ida, and the Islamic Jihad Union remain active in Central Asia.  These groups have expressed anti-U.S. sentiments and may attempt to target U.S. government interests. Other extremists groups and lone wolf attackers remain a concern, as was the case on August 30, 2016, when an individual detonated a vehicle-borne improvised explosive device at the Chinese Embassy in Bishkek, Kyrgyzstan, approximately 400 meters from the U.S. Embassy.

22.  EAST ASIA AND PACIFIC:  Information from credible sources suggests that there is a continued risk of armed terrorist and criminal groups operating and planning attacks against foreigners, including U.S. citizens, in the East Asian and Pacific region.  Over the past year, many regional extremists have shown strong aspirations to join ISIL/Da’esh and pursue its goals.  Jemaah Islamiyah (JI) and the Abu Sayyaf Group have cells operating throughout Southeast Asia and JI is linked to al-Qa’ida and other regional terrorist groups.

23.  There is a risk of travel to the southern Philippines, specifically related to kidnapping threats in the Sulu Archipelago and the ongoing threat of violence on the island of Mindanao, particularly in Central Mindanao. Foreigners in the Eastern Sabah province of Malaysia are also targets for kidnappings for ransom.  Criminal or terrorist bands may attempt to intercept boats ferrying tourists in the area as well.  Malaysian authorities have confirmed links between ISIL/Da’esh and the June 28, 2016 explosion at a nightclub in the Puchong area of Kuala Lumpur, Malaysia.

24.  In Indonesia, extremists still have the ability to carry out small-scale violent attacks.   U.S. citizens should avoid high-risk areas, be cautious of large crowds, and remain aware of their surroundings at popular tourist and holiday destinations, such as Bali and Lombok, and when visiting shopping malls, nightclubs, bars, restaurants, hotels, and places of worship.

25.  Periodic acts of violence in Thailand remain a concern, such as the bombing near the Erawan Shrine in Bangkok in August 2015, and several small-scale bombings near tourist locations in southern provinces in August 2016.

26.   Be sure to read the Country Specific Information pages and Travel Warnings and Travel Alerts on travel.state.gov before planning a trip.

27.  U.S. government facilities worldwide remain at a heightened state of alert.  These facilities may temporarily close or periodically suspend public services to assess their security posture.  In those instances, U.S. embassies and consulates will make every effort to provide emergency services to U.S. citizens.  U.S. citizens abroad are urged to monitor the local news and maintain contact with the nearest U.S. embassy or consulate.

28.  U.S. citizens considering maritime travel also should review information at the websites of the National Geospatial Agency, the Maritime Administration, and the U.S. Coast Guard for information related to maritime and port security globally.  Current areas of concern include the Caribbean, Gulf of Guinea, Horn of Africa, and the Straits of Malacca and Singapore ‎as a result of maritime crimes including smuggling, human trafficking, and piracy.  In addition, merchant vessels and maritime interests operating in the waters of the Red Sea and Gulf of Aden should be aware of the increased potential for maritime attacks in the vicinity of Bab-el-Mandeb Strait.