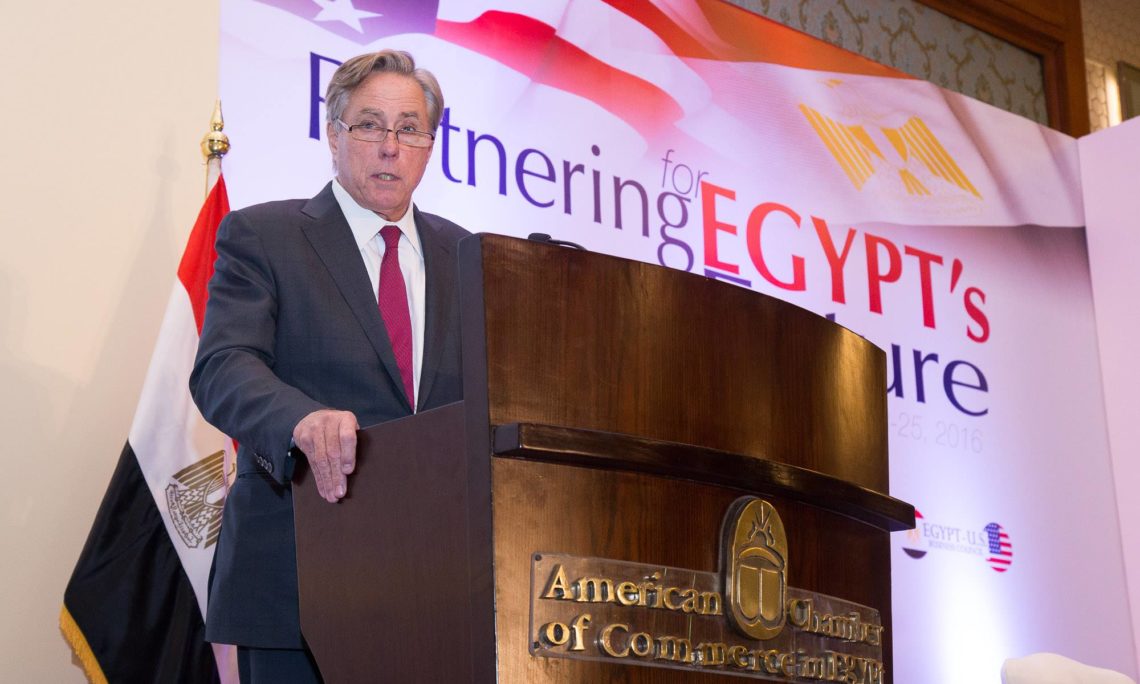 Jointly organized by the U.S. and Egyptian American Chambers of Commerce and Business Councils, from October 23-25, 2016, the delegation plans to meet with Egyptian President Abdel Fattah Al-Sisi, ministers and other Government of Egypt officials, and leaders in Egypt’s private sector as it explores opportunities to enhance engagement with Egypt.

“The United States is committed to strengthening its long-term economic partnership with Egypt,” Ambassador Thorne said.  “This business delegation is clear indication of U.S. private sector interest in Egypt and its future.”

Ambassador David Thorne was named Senior Advisor to the Secretary of State in August 2013 and has visited Egypt several times.  Among other duties, Secretary Kerry has asked Thorne to lead a Department-wide effort to position economic and commercial issues more prominently within the U.S. foreign policy landscape.  Ambassador Thorne is also working to elevate the importance of entrepreneurship, technology, and innovation in the State Department’s promotion of global prosperity.