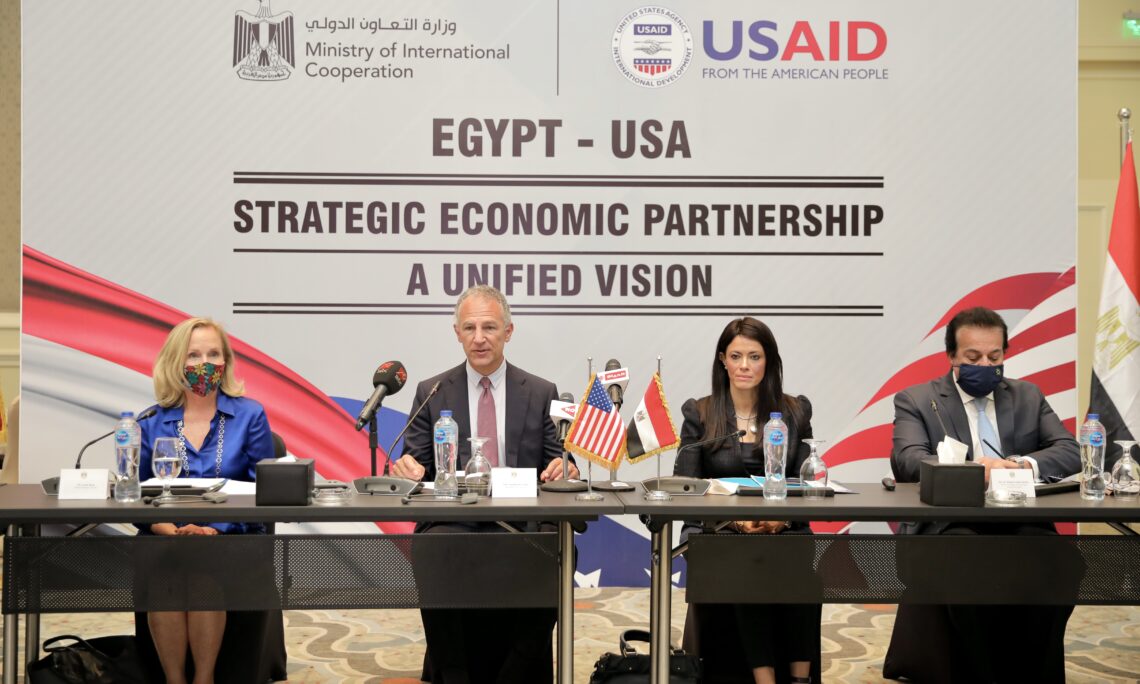 For her part, Minister of International Cooperation H.E. Dr. Rania A. Al-Mashat stated that the Government of Egypt applauds the strategic and historic cooperation with the United States of America, which strengthens and supports the government’s efforts to achieve Egypt’s Vision 2030 and the United Nations Sustainable Development Goals (SDGs); and to push forward the private sector’s engagement. Al-Mashat further referred to Egypt’s leadership in green transformation and climate action; noting that the government is making strides in economically empowering women, such as launching the Gender Gap Accelerator. The Minister added that these two fields represent a good opportunity for widening the horizon of future cooperation with the United States Agency for International Development.

This $125 million in economic assistance builds on more than $30 billion that the American people have invested in Egypt through USAID since 1978.  To find out more about USAID’s work in Egypt, please see https://www.usaid.gov/egypt  and follow along on Facebook and Twitter at @USAIDEgypt.