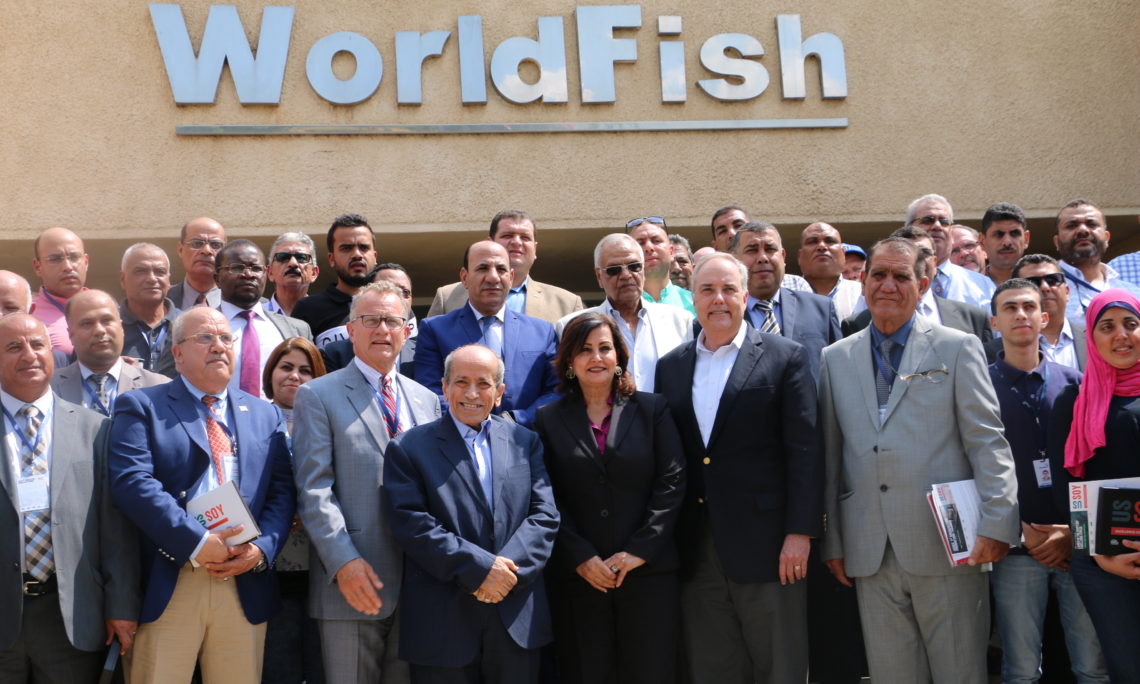 Cairo – The U.S Soy Export Council (USSEC) has cooperated with the Middle East and North Africa (MENA) region soy industry for over 40 years.  Building on this, USSEC is now creating a Soy Excellence Center in partnership with key industry (including the Egyptian Poultry Association) and higher education organizations (Cairo University), with funding and support from the USDA Foreign Agricultural Service.

“The United States and Egypt enjoy a long-standing relationship in the agricultural sector,” said U.S. Chargé d’Affaires Thomas Goldberger. “USSEC is now building on its decades-long cooperation and engagement in creating a Soy Excellence Center, providing training and resources to members of the soy value chain especially livestock and feed producers.”

Egypt is the fastest growing market for U.S. soybeans, importing over 2.64 million metric tons of U.S soy this year (valued at approximately $900 million), providing feed for fast growing local poultry, aquaculture/fish, and dairy industries.  U.S. soybeans are crushed by the modern and efficient Egyptian soy processing industry; most of the soymeal goes to the local animal feed industry and the soybean oil goes to cooking and food uses.

“U.S. soybeans provide a key ingredient for the large agriculture industry in Egypt, supporting tens of thousands of local jobs and food security,” according to U.S. Chargé d’Affaires Thomas Goldberger.  “Facilitating partnership between U.S. and Egyptian agribusinesses is an important priority for the mission.”