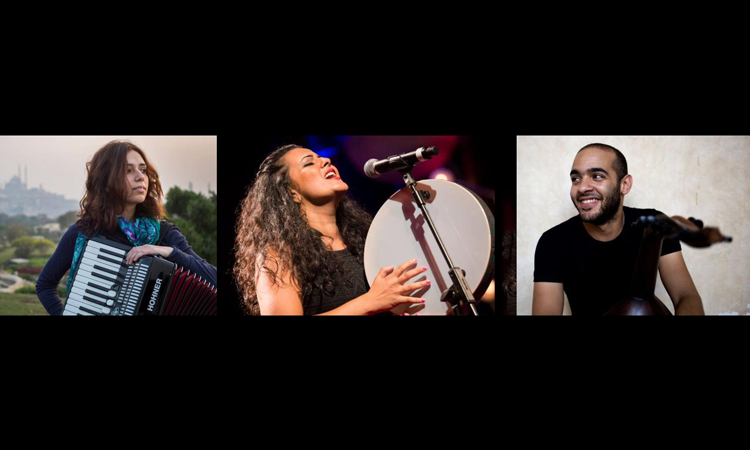 Cairo –The Center Stage music program, in partnership with the U.S. Department of State, has selected three contemporary music ensembles from Egypt for month-long tours in the U.S. between July and December 2018.  Dina El Wedidi, Mohamed Abozekry & Karkadé, and Youssra El Hawary will bring their exceptional sounds to America and expand the global audience for these important Egyptian artists.

According to U.S. Embassy Cairo Chargé d’Affaires Thomas Goldberger, “The relationship between the United States and Egypt is deep and broad, and we’re delighted to have this opportunity to expose American audiences to Egyptian music and artists.  Our hope is that these tours will lead to discovery of new markets in the U.S. for the entire Egyptian music and arts industry.”

The Egyptian artists were selected for the quality and uniqueness of their music.  Dina El Wedidi successfully reinvigorates Egyptian folk with her fusion of modern and traditional sounds.  She recently partnered with the U.S. Embassy in Cairo for the Hakawateya (Storytellers) concert.  Her ability to capture Egyptian folk traditions and transform them into a sound uniquely her own is sure to enthrall American audiences.

Mohamed Abozekry is a virtuoso oud prodigy who, with his band Karkadé, combines Egypt’s popular and classical music traditions and secular poetry with a new instrumental project.  Youssra El Hawary will bring to the U.S. her evocative compositions that capture the stories of Cairo and represent the independent Egyptian music scene.

Since 2012, the Center Stage arts exchange program has welcomed important new voices into the cultural dialogue of the United States, enlarging our world and sharing diverse, global perspectives directly with communities in the U.S., and via real time virtual interactions with fans and allies abroad.

Now in its fourth season, by the end of 2018, Center Stage will have brought 29 performing arts ensembles from nine nations — Algeria, Egypt, Haiti, Indonesia, Morocco, Pakistan, Tanzania, Ukraine, and Vietnam — to tour the U.S. from coast to coast, hosted by colleges and universities, festivals, music clubs, and cultural centers. Each tour includes residencies in large cities and small towns, and a range of activities from performances, workshops, and discussions, to artist-to-artist exchanges, masterclasses, and community gatherings.

Cultural and artistic exchanges are just one way the United States partners with the people and government of Egypt. Find out more at our Embassy’s website, eg.usembassy.gov, and follow our participation on Facebook and Twitter at @USEmbassyCairo.