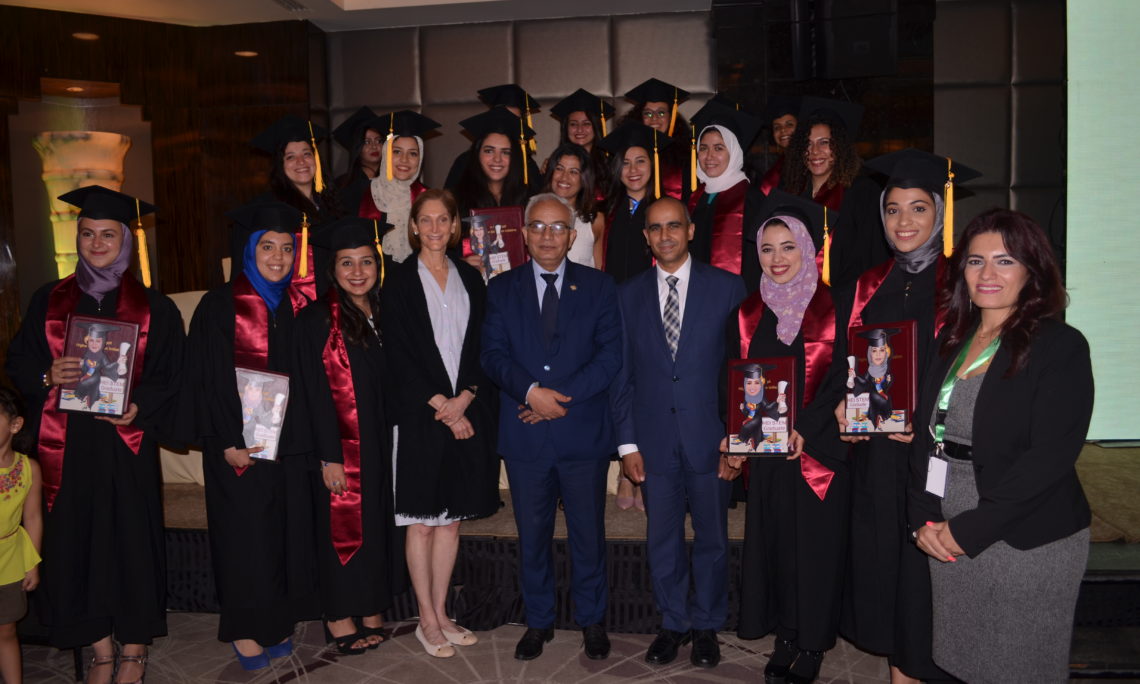 Cairo – Twenty Egyptian women have graduated from prominent universities in the U.S., all funded by the U.S. government as part of America’s support for economic development in Egypt.  The women all received scholarships from the U.S. Agency for International Development (USAID) to pursue undergraduate science, technology, engineering, and mathematics (STEM) degrees at universities in the United States.

Supported by the United States Government through USAID and launched in 2015, this program is funding 62 women to pursue STEM degrees in the United States. The 20 recent graduates join a network of more than 1,200 Egyptians that USAID has supported with scholarships for undergraduate and graduate study both in the U.S. and in Egypt.

The most recent group of STEM graduates received degrees from universities in the United States such as Arizona State University, Rutgers University, and Rochester Institute of Technology. Two were recognized by their departments as top scholars in their graduating class, and a total of seven received scholarship offers from U.S. institutions to pursue their doctoral degrees. Now back in Egypt, many are already interviewing with some of Egypt’s leading companies working in STEM fields.

“Being a mechanical engineering student at Arizona State University introduced me to different opportunities like working as an undergraduate research assistant and accessing high performance labs. It allowed me to use advanced software and engage in scientific discussions with my research partners and research mentor,” said Israa, one of the graduates who is originally from Fayoum.

According to USAID Mission Director Sherry F. Carlin. “The global economy is moving in a direction where jobs in science, technology, engineering, and math are in high demand.  Economic growth here in Egypt will require a pool of talented women and men who can work for – and lead – companies that create cutting-edge technologies and universities that achieve research breakthroughs in areas such as renewable energy and ending infectious diseases.”

USAID’s support of women STEM scholars is part of the $30 billion that the American people have invested in Egypt through USAID since 1978. To find out more about USAID’s work in Egypt, please see https://www.usaid.gov/egypt, and follow on Facebook and Twitter at @USAIDEgypt.