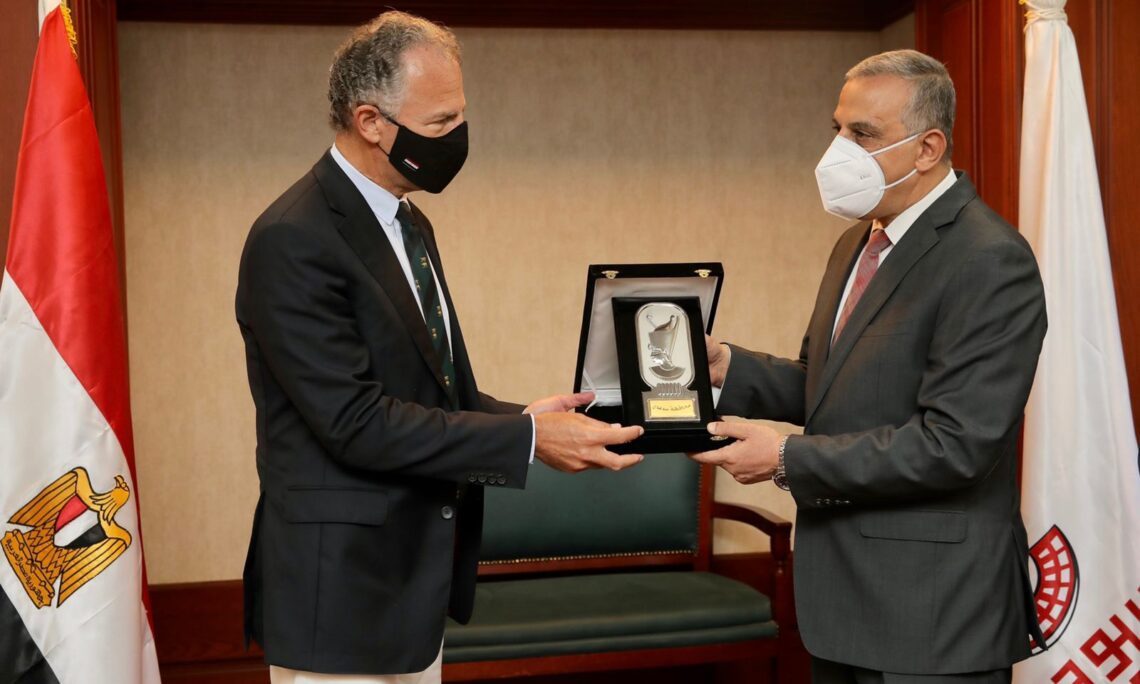 On arrival at the Red Monastery, Ambassador Cohen was greeted by church leadership and then visited the site, viewing the church’s walled murals, which were cleaned and conserved by the American Research Center in Egypt (ARCE) with $3.6 million in U.S. government funding, through the U.S. Agency for International Development (USAID).  These murals are the only complete pre-medieval paintings remaining in Egypt in their original form.

Ambassador Cohen also visited the White Monastery, another fifth century monastic site founded by St. Shenouda, which was excavated and conserved by the Ministry of Tourism and Antiquities, ARCE and multiple prominent American universities, including Yale University, Temple University, University of Pennsylvania, and others.  This conservation and site management work is ongoing.  Since 2008, ARCE’s Antiquities Endowment Fund, established in 1996 with $27.5 million in U.S. government funding, has provided over $1 million for projects at the monasteries in Sohag.

At Abydos, Ambassador Cohen visited the Osiris Chapel, where a recent $88,500 Ambassadors Fund for Cultural Preservation (AFCP) project stabilized and repaired the structure and preserved the chapel’s original scenes and inscriptions.  Since 2004, the U.S. government has invested almost $800,000 in the site, ensuring access for current and future generations to Abydos.

Ambassador Cohen remarked, “I am delighted to visit these world-renowned sites and to see first-hand the positive impact of our longstanding U.S.-Egypt partnership in cultural preservation, tourism, and economic development.  Over the past 25 years, the U.S. government has provided more than $102 million to preserve, restore, and protect over 85 cultural heritage sites across Egypt.”

Since 1978, the American people have invested over $30 billion to support Egypt’s economic development.