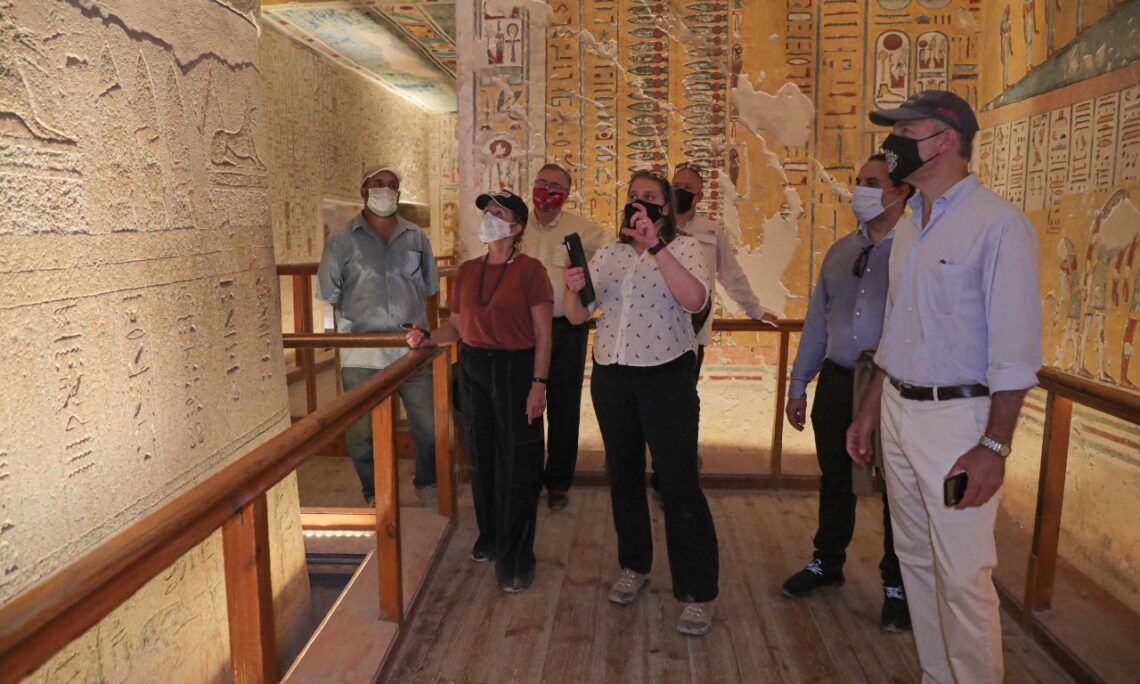 Ambassador Cohen stated, “Egypt’s antiquities are an important part of its heritage and that of all humanity, but also an important asset that creates jobs and income. The U.S. has, for decades, worked hand-in-hand with Egyptians to preserve historical sites, strengthen tourism, and create jobs and income.”

At each location, the delegation visited sites with the Ministry of Tourism and Antiquities and the American Research Center in Egypt.

In partnership with the Egyptian government, the United States has provided over $100 million to conserve monuments across Egypt, spanning from Pharaonic times to the late Ottoman period.

Since 1978, the American people have invested over $30 billion to further support Egypt’s economic development. To find out more about USAID’s work in Egypt, please see https://www.usaid.gov/egypt, and follow @USAIDEgypt on Facebook and Twitter.