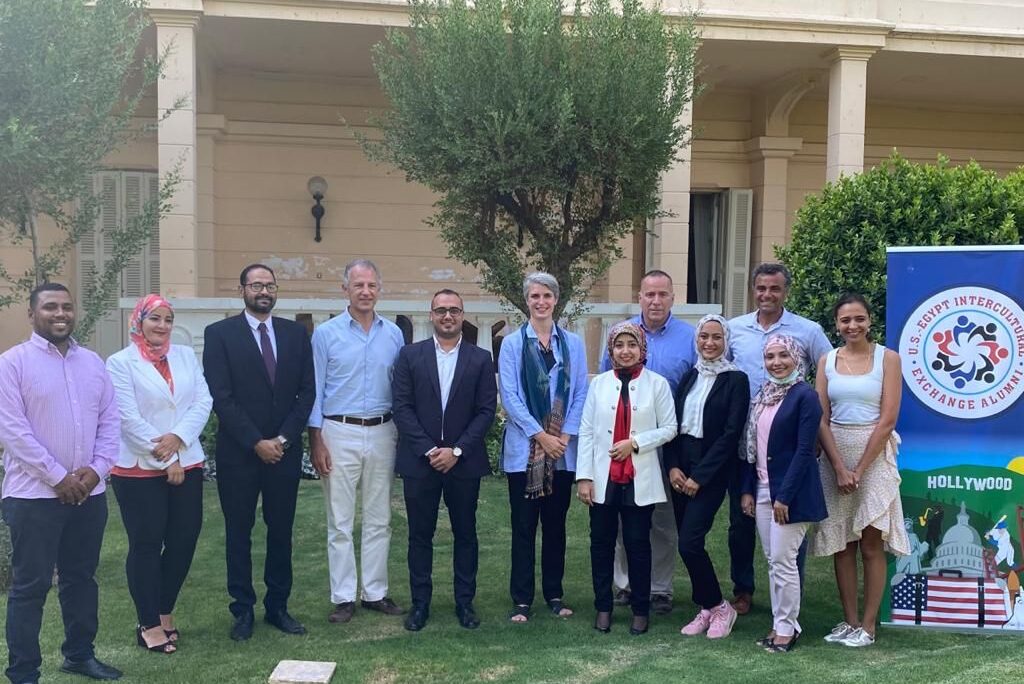 Ambassador Cohen said, “This has been a productive visit to Upper Egypt – from the Red and White Monasteries in Sohag, and the Temple of Seti I at Abydos, to the town of Esna and the sites of Luxor.  Egypt’s cultural heritage is truly incredible, as is the tremendous hospitality of the Egyptian people.”

Following the inauguration of the restored Wakalet el-Geddawy caravansary in Esna with the Minister of Tourism and Antiquities, Ambassador Cohen met with alumni of U.S. government-sponsored exchange programs who are building connections between Egyptians and Americans and positively impacting their communities through local projects.

Ambassador Cohen also visited the Medinat Habu and Luxor Temple complexes. The U.S. Government contributed $9.6 million in support of cultural heritage projects at Medinat Habu since 2015, including a current $6 million USAID grant to develop the site as an open-air museum. This work is programmed through the University of Chicago, active in Luxor since 1924.

In Luxor Governate, the U.S. Government, through USAID, has invested $17 million in funding via the University of Chicago to conserve sites, promote access and tourism, and establish an archeological field school in cooperation with the Ministry of Tourism and Antiquities.

The Medinat Habu and Luxor complexes, and dozens of monuments on both banks of the Nile have also benefited from groundwater lowering systems that were installed over a decade ago.  The U.S. government contributed $15 million toward the construction of these systems, which continue to protect some of Egypt’s most important monuments.

Over the past 25 years, the U.S. government has invested more than $102 million to preserve and protect more than 85 cultural sites in Egypt.  This investment is part of the $30 billion the American people have contributed, since 1978, to support Egypt’s economic development.