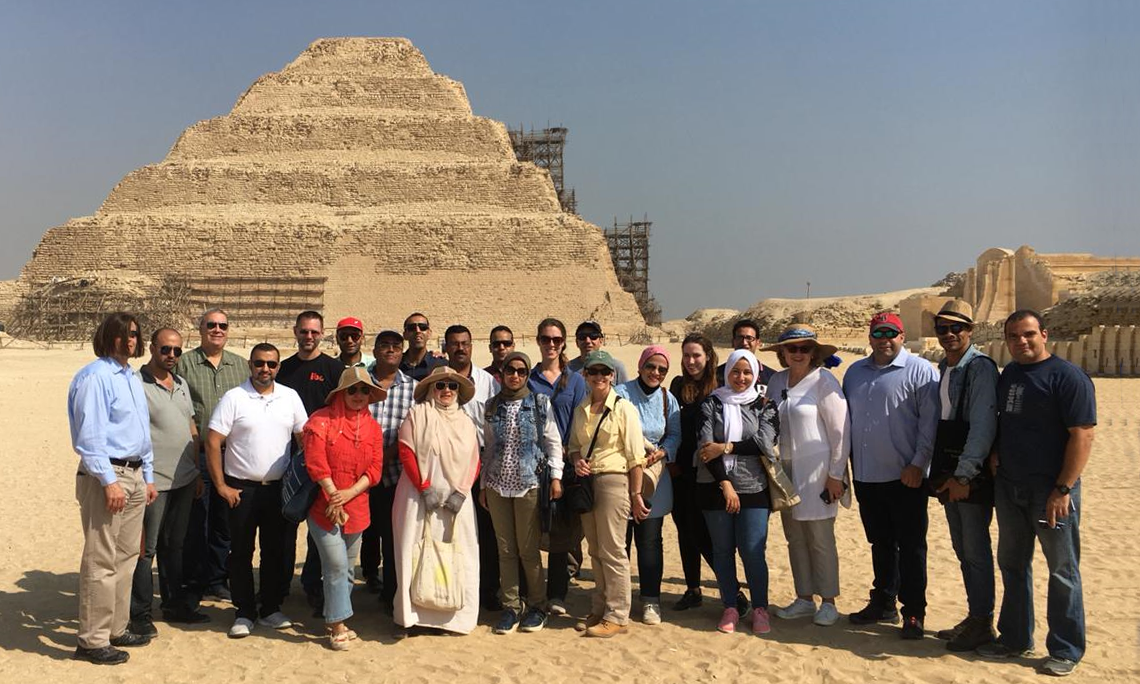 Cairo – The U.S. Embassy in Cairo has concluded a week-long workshop in Cairo in partnership with the Egyptian Ministry of Antiquities on how to protect cultural property and investigate cases of illegally exported antiquities.  Trainers from the U.S. Department of Homeland Security, the Federal Bureau of Investigations, and the Cultural Antiquities Task Force at the U.S. Department of State joined Egyptian officials from the Ministry of Antiquities, Egyptian Customs, Tourism Police, and other agencies to discuss how the two countries can cooperate more effectively to prevent the illicit trade of Egyptian and American antiquities.  Workshop attendees came from locations all over Egypt, including Cairo, Alexandria, Hurgada, Damietta, and North Sinai.

According to Mary Cook, a trainer from the Department of Homeland Security’s Cultural Property, Art and Antiquities Program, “I was delighted to come to Egypt for this workshop—not only because of all the work that we do in the United States to preserve Egypt’s cultural heritage but also due to the enthusiasm of my colleagues here in Egypt.  The participants were not only excited to learn about the repatriation process in the United States, but they were also excited to teach us about the system here in Egypt.”

The workshop advances the commitment made by the two countries under a memorandum of understanding on cultural property protection, signed in November 2016.  Training and strengthened professional cooperation are part of the bilateral agreement, which imposes import restrictions on categories of archeological material from the Arab Republic of Egypt into the United States of America.  This agreement provides a legal basis for the United States to close its markets to illicit antiquities from Egypt and has already increased the ability of American officials to cooperate with Egyptian counterparts on the investigation, prosecution, and repatriation of stolen and looted antiquities.