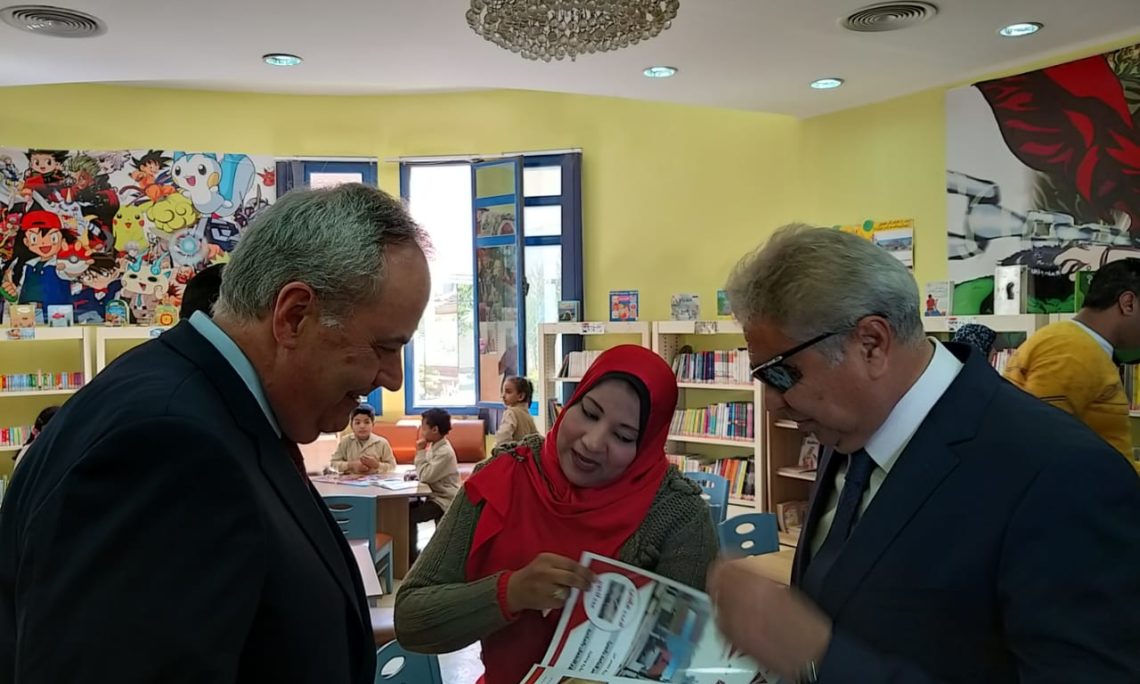 MINYA – U.S. Charge d’Affaires Thomas Goldberger visited the city of Minya. Joining the Binational Fulbright Commission in Egypt in an event celebrating the Fulbright Commission’s 70th year in Egypt, Charge Goldberger and members of the Embassy team met the President of Minya University, Dr. Mustafa Abdel Nabi Abdel Rahman and his senior team, and attended a reception with students and faculty at the Minya University Museum of Fine Arts. The event highlighted Fulbright’s active art and humanities portfolio in Egypt.

The Charge met the Governor of Minya Qasim Hussein at his offices. They discussed political, economic, and social developments in the governorate, which has nearly 6 million inhabitants. The Charge described the many Embassy initiatives in Minya, including assistance provided through USAID in the agriculture, water, business, tourism, and health sectors, as well as an active English language teaching program for high school students, and other cultural and people-to-people exchanges with the United States.

The Charge also joined the Governor in a visit to the Minya branch of the Egypt Public Library and met with graduations of the ACCESS English language program, which has provided 2 years of supplementary English language learning for thousands of high school students throughout Egypt.

The Charge and the Embassy very much appreciate the warm welcome and support from the people, university, and officials of Minya during this important visit.