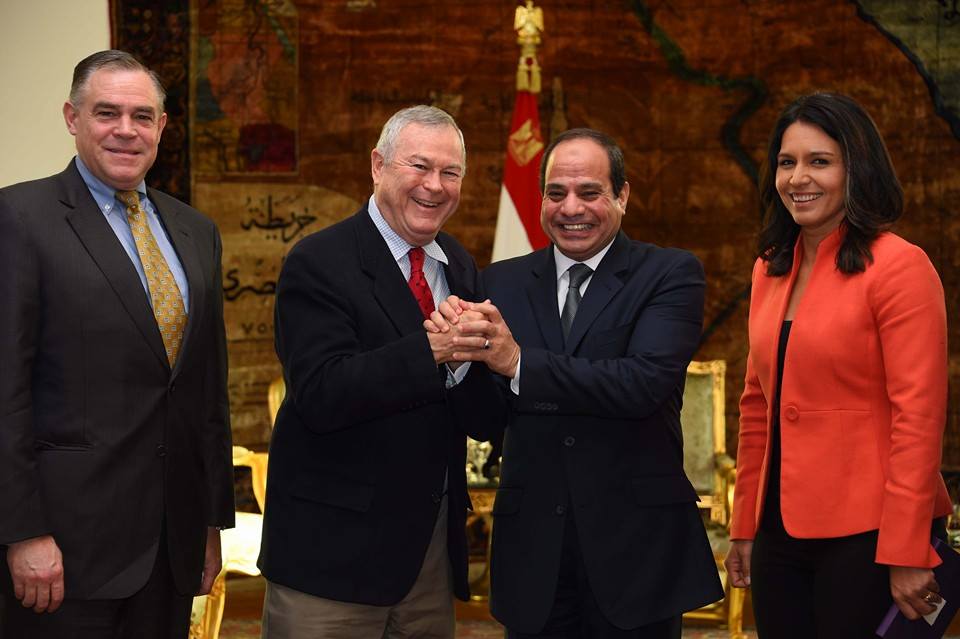 Cairo – A bipartisan delegation of Members of Congress from the U.S. House of Representatives arrived Friday on a visit to strengthen ties between the American and Egyptian peoples.  Headed by Representative Dana Rohrabacher of California, senior member of the House Committee on Foreign Affairs, the delegation held productive meetings with President Abdel Fattah el-Sisi as well as senior Egyptian government, business, and community leaders. Following Representative Rohrabacher’s January 2014 visit to Egypt, he announced the formation of a bipartisan Egypt Caucus in the House of Representatives to further relations between Egypt and the United States.