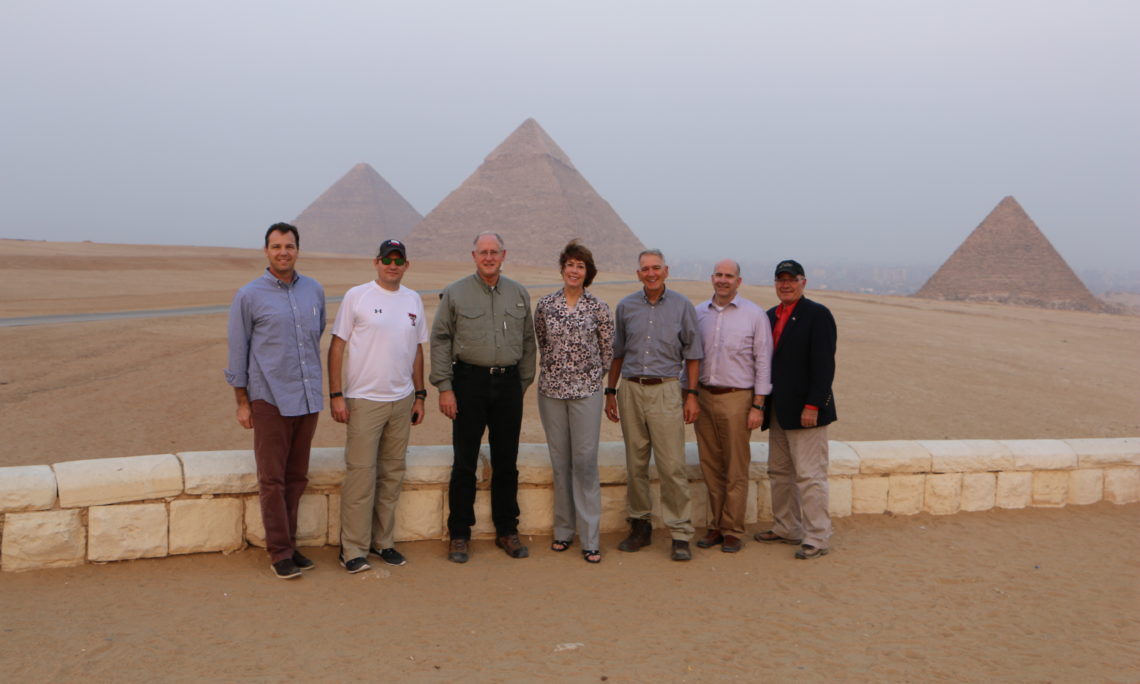 Touring the Giza plateau, they visited the groundwater lowering project at the Sphinx.  Developed in coordination with the Ministry of Antiquities, the USAID project helps protect the historical monument from damage due to excessive groundwater.

The delegation also met with World Food Programme (WFP) representatives and Syrian refugees to discuss WFP food distribution programs.  The United States government, through USAID, has provided USD 37 million to the WFP in support of Syrian refugees in Egypt.