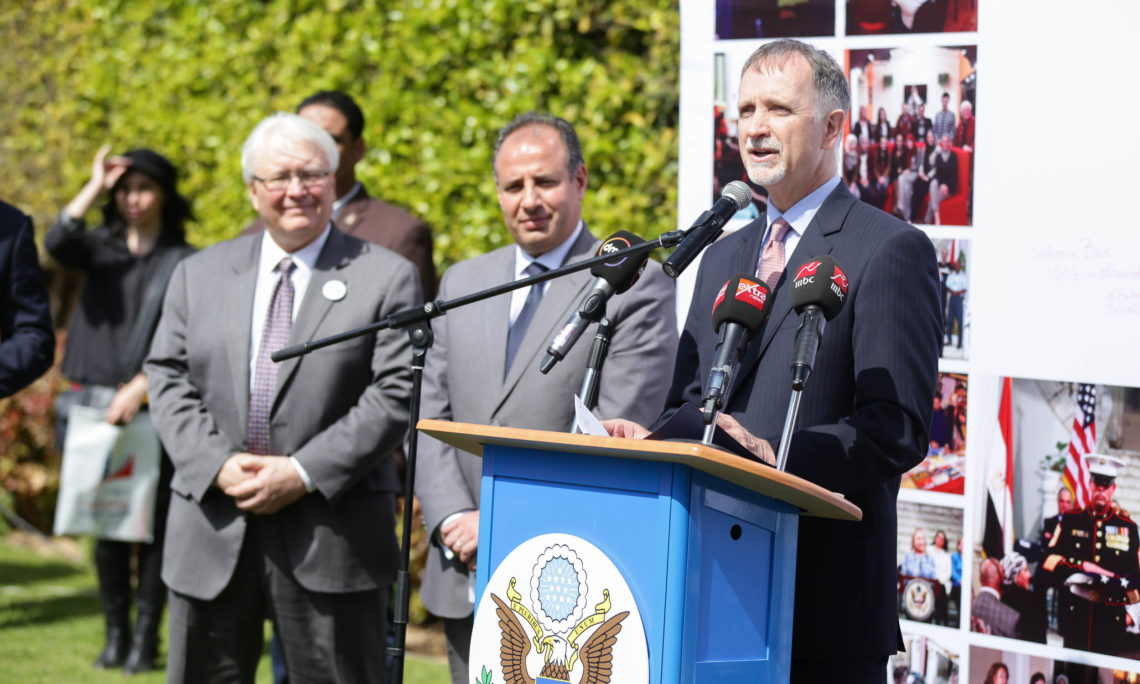 ALEXANDRIA – In celebration of its new office space at the Helnan Palestine Hotel, the U.S. Consulate General in Alexandria hosted an “Opening Day” reception on March 11.  Consulate Alexandria and Embassy Cairo staff described the many ways the U.S. Mission works with Egyptians throughout the country.  Approximately 600 guests attended the event, which included a performance by the American jazz band “The Rad Trads.”

“I am pleased to be back in Alexandria and to take part in this festive event,” U.S. Ambassador Stephen Beecroft said.  “With the new offices, we benefit from increased engagement with the people of Alexandria and the region.”