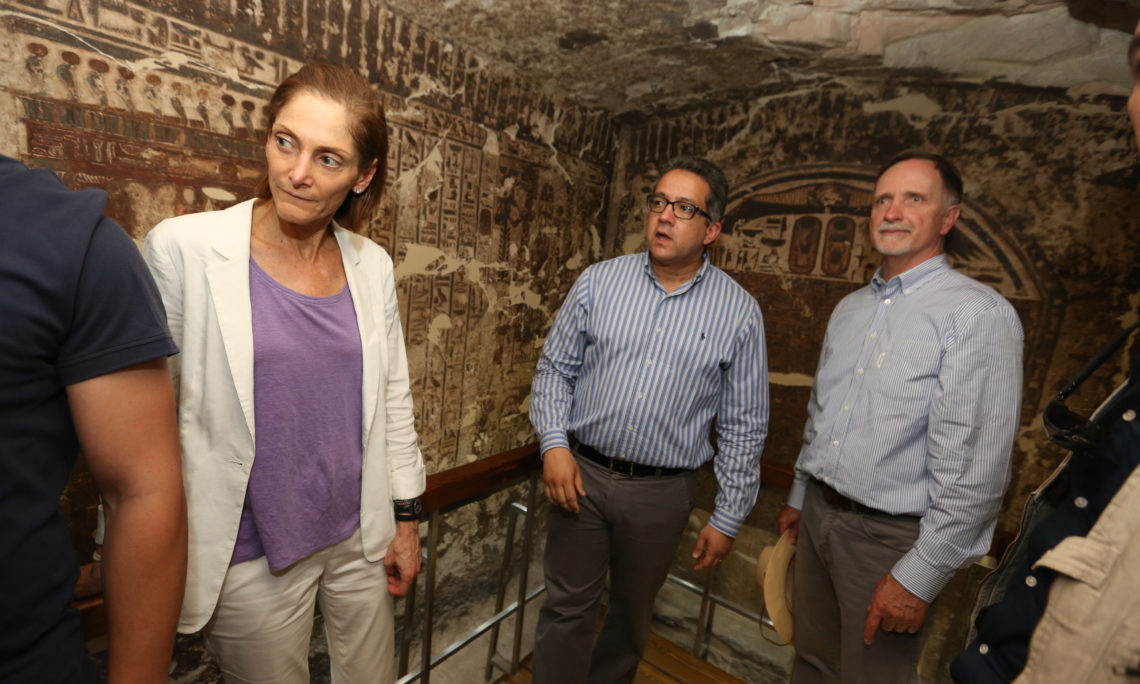 Luxor – A joint U.S.-Egypt team discovered two ancient Egyptian tombs this month in Luxor in close coordination with the Ministry of Antiquities. Implemented by the American Research Center in Egypt (ARCE), the team is providing hands-on training in conservation and archaeological fieldwork to increase the potential of cultural tourism in Egypt.

The two 18th Dynasty tombs were found while the ARCE team, composed of Egyptian archaeologists, was cleaning, mapping, and surveying burial chambers at the Tombs of the Nobles on Luxor’s West Bank. The first tomb discovered was the tomb of Rebiu, nobleman of the Pharaoh Amenhotep and gatekeeper of the god Amun. Though the tomb is filled with debris, the wall paintings are remarkably bright and show detailed, colorful scenes of daily life in Ancient Egypt. The newly discovered neighboring tomb of Sa-Mut, also from the 18th Dynasty of the New Kingdom (between 1543 and 1292 BC), includes celebration scenes and colorful paintings representing the tomb owner and his wife, Ta-Khaeet.

The U.S. Government through the United States Agency for International Development (USAID) recently awarded a new grant to ARCE to continue their efforts to conserve, preserve, and promote more effective management of Egypt’s cultural heritage resources. ARCE has partnered for over sixty years with Egyptian historians, archaeologists, and conservators to preserve Egypt’s antiquities for future generations through documentation, conservation, and training. Projects funded by the U.S. have employed hundreds of Egyptians to ensure that knowledgeable and skilled workers are protecting these historical masterpieces for generations to come.