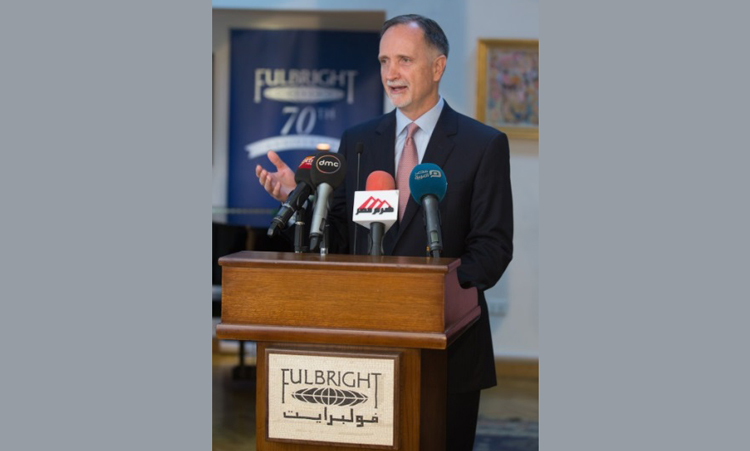 ​Cairo – Expanding educational exchange between Egypt and the United States was the focus of a May 21 event hosted by the Binational Fulbright Commission in Egypt (BFCE) to mark the 70th anniversary of the prestigious Fulbright scholarship program.

The U.S.-funded program began worldwide in 1947 under the initiative of the late Senator William Fulbright, who envisioned the Fulbright program would “bring a little more knowledge, a little more reason, and a little more compassion to world affairs.”  Since 1949, the BFCE has awarded study, travel, research and teaching grants to over 6,000 Egyptians and 1,000 Americans.

Minister of Higher Education Dr. Khaled Abdul Ghaffar and U.S. Ambassador Stephen Beecroft congratulated the BFCE staff and its Board of Directors on the 70th anniversary.  Ambassador Beecroft noted: “Education is one of Egypt’s highest national priorities, as it is for the United States, and Fulbright is at the very center of the U.S.-Egypt educational relationship.  Egyptian Fulbright alumni include ministers, scientists, economists, doctors, lawyers, writers, artists, and experts from virtually every field.”

The Ambassador and the Minister noted that the two countries would continue to partner, both through the Fulbright Commission and outside it, to expand scholarly dialogue and scientific research.