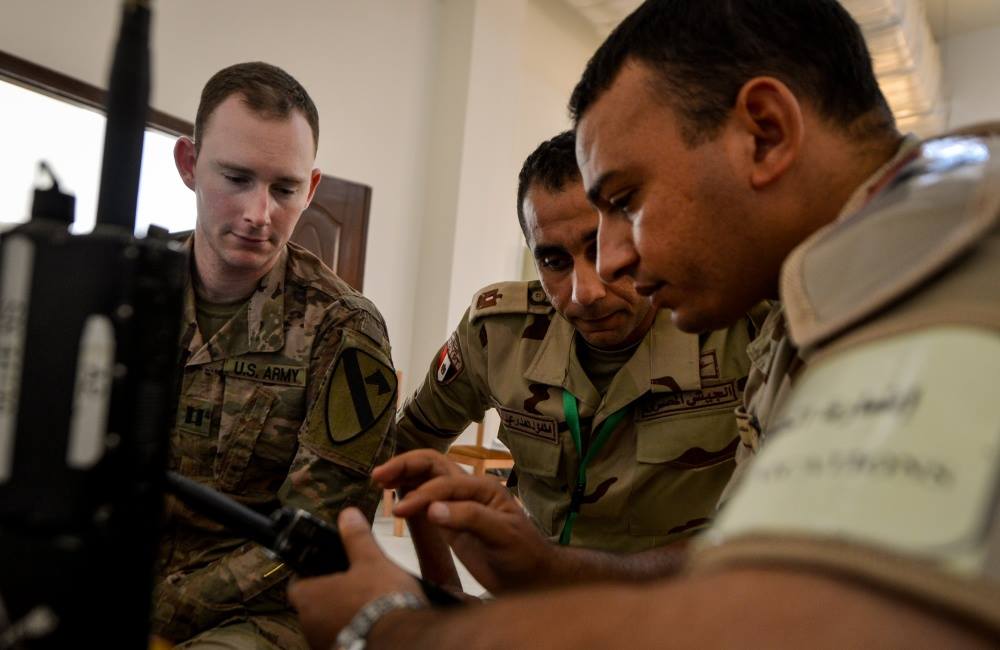 Designed to train a unit commander and their staff, a command-post exercise uses simulated events, notional units and an environment to exercise their communication channels with higher headquarters and any subordinate units to achieve an overall outcome.

“A command-post exercise provides an environment where we can train a command and their staff in a simulated environment, which allows the U.S. military to increase their readiness,” said John Harris, U.S. Army Central Command training and exercise planner.

During Bright Star’s 5-day command post exercise, a combined battalion staff from both, U.S. and Egyptian service members, will be afforded an opportunity to partner together and focus on a scenario involving fictional unconventional forces conducting operations against coalition forces.

According to Egyptian Maj. Gen. Khaled Khairy, Bright Star 2017 exercise director for the Egyptian armed forces, training such as a command-post exercise is vital in training leaders on multiple critical areas.

“Wargames such as a CPX is considered one of the best ways to train commanders on making decisions, troop leading procedures and acting through emergencies,” he said. “This exercise also helps in exchanging expertise, increasing understanding and the ability of joint cooperation.”

Bright Star is a combined command-post and field training exercise aimed at enhancing regional security and stability by responding to modern-day security scenarios with the Arab Republic of Egypt.

“The focus of Bright Star 17 is to allow the U.S. and the Egyptian soldiers to meet and work together to solve a common problem in the region,” Harris said. “It also allows them to view each other’s processes, learn best practices, and more importantly develop relationships both, professional and personal, with other foreign nations.”

Harris also stated that the success of Bright Star 17 is due to the cooperation of both countries participating.