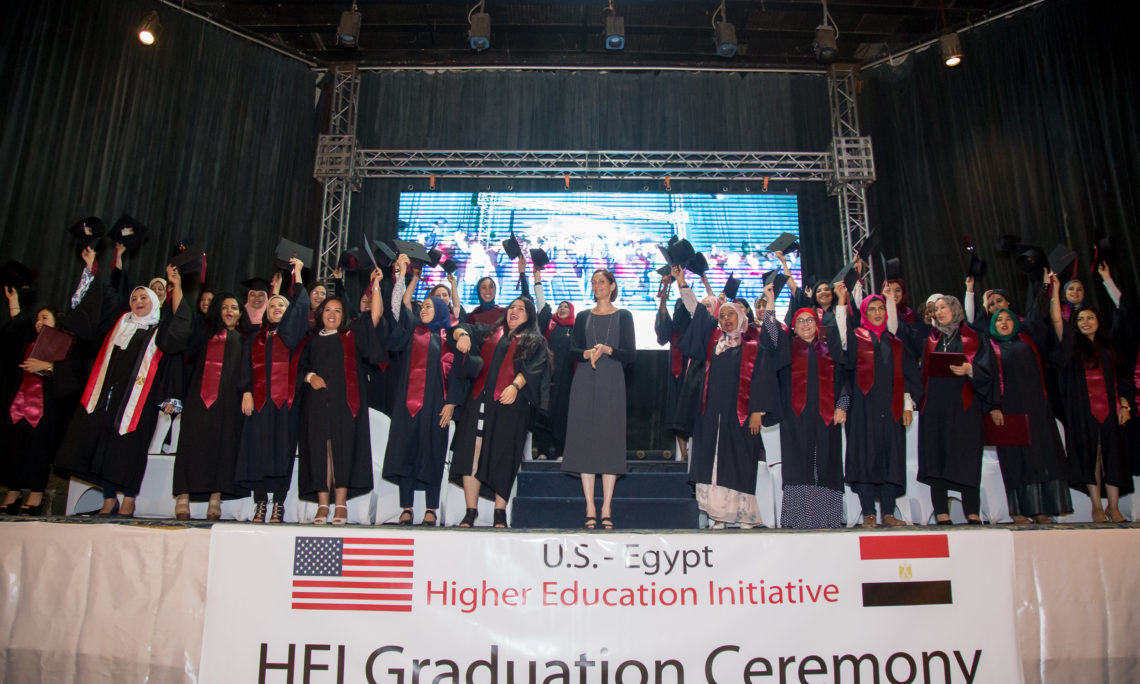 Cairo – In a ceremony held July 18, senior U.S. Embassy and Government of Egypt officials welcomed back to Egypt 52 outstanding women scholars who recently completed Master of Business Administration (MBA) programs at premier universities in the United States.  Selected from throughout Egypt, the women received scholarships for the two-year MBA program through the joint U.S.-Egypt Higher Education Initiative (HEI).

“Today we congratulate the first MBA graduates of the U.S.-Egypt Higher Education Initiative scholarship program,” said USAID/Egypt Mission Director Sherry F. Carlin.  “These graduates join the hundreds of USAID scholarship and program participants who are making a difference in Egypt.  The Higher Education Initiative is a multi-year investment in Egypt’s future, but the impact can last a lifetime.”

Supported by the United States Government through USAID and launched in 2014, the U.S.-Egypt HEI provides scholarships to talented women and men from underserved communities throughout Egypt for study at Egyptian and American universities in fields that are critical to Egypt’s sustained economic growth.  Since its inception, nearly 700 men and women have received scholarships for undergraduate and graduate study through the HEI program.

The U.S.-Egypt Higher Education Initiative scholarship program is part of the $30 billion that the American people have invested in Egypt through USAID since 1978.