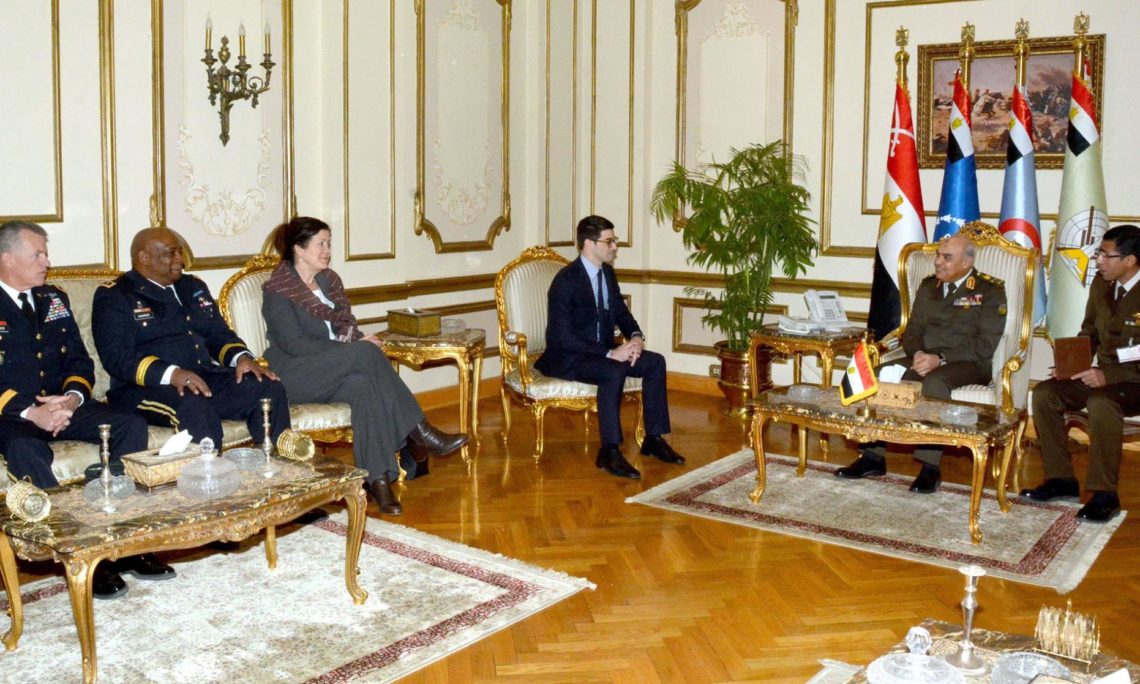 CAIRO – Assistant Secretary of Defense (ASD) for International Security Affairs Robert Karem joined Air Marshal Younis al Masri, Chief of the Egyptian Air Force, in cohosting the Military Cooperation Committee (MCC) meeting on January 8-9.  The MCC, which meets annually, is the premier bilateral forum for planning and coordinating security cooperation strategy between the United States and Egypt.  With this meeting, the two nations further strengthened the strategic partnership between our two militaries, and defined the priorities for facing mutual security challenges, such as the threat of terrorism and violent extremism.

In his opening remarks, ASD Karem highlighted that terrorism and its sponsors endanger regional stability and global security, and said the goal of the conference is “to strengthen our partnership, and to take our relationship to a new level to address these strategic challenges together.”  ASD Karem also met with Minister of Defense Sedki Sobhy to discuss bilateral cooperation.

Major General Ralph Groover, the Senior Defense Official and Defense Attaché at the U.S. Embassy Cairo, said, “This week’s meeting is a clear demonstration of the enduring U.S. – Egyptian relationship. Together, we have forged a clear path for our security cooperation over the coming years, and I look forward to enhancing the military partnership with Egypt.”

ASD Karem’s delegation included representatives from the four branches of the armed services, the Defense Security Cooperation Agency, the Joint Staff, U.S. Central Command, as well as the Department of State.  Over the course of the conference, the delegation and their Egyptian counterparts developed plans on how to best focus U.S. military assistance, in the form of resources, mutual training, and international exercises, on the foremost security threats.  The delegations discussed how the next Bright Star joint military exercise could follow the success of Bright Star 2017 and further improve the ability of the two countries to operate together on the battlefield to defeat terrorist forces.