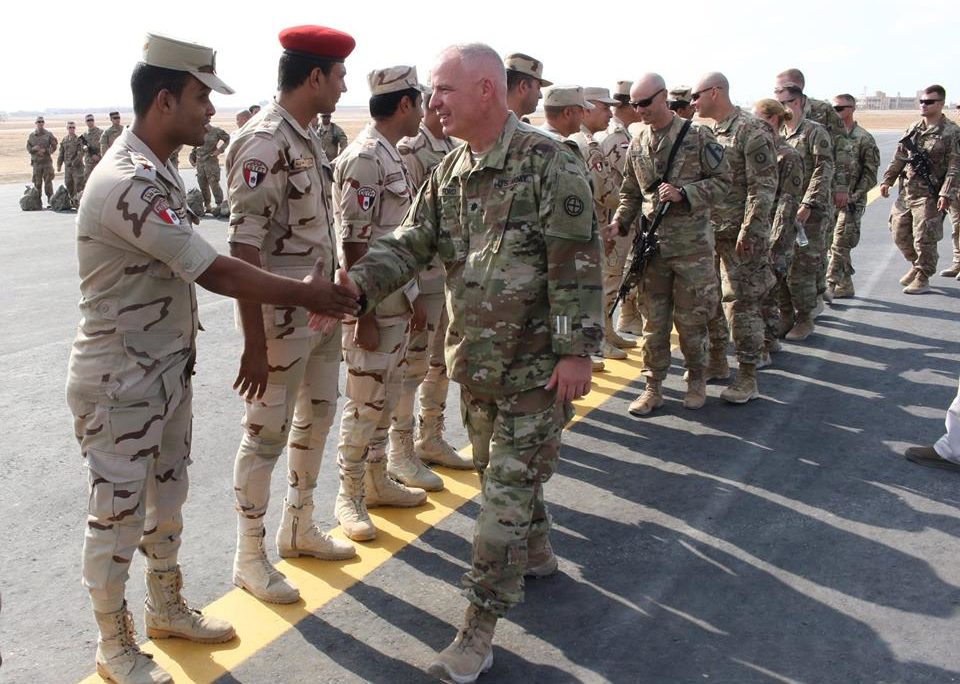 Bright Star is a combined command-post and field-training exercise aimed at enhancing regional security and stability by responding to modern-day security scenarios with the Arab Republic of Egypt. A senior leader seminar will be held in conjunction with the training.

“Bright Star has been the leading engagement between the United States and Egypt to collectively address the common interest we share in combatting regional challenges,” said U.S. Air Force Maj. Gen. Jon Mott, U.S. CENTCOM exercises director. “It is through exercises like Bright Star that bring our militaries together and allow us to build trust, strengthen partnerships and enhance our capabilities.”

The bilateral training aims to strengthen military relationships between U.S. forces and its Egyptian partners in the CENTCOM area of responsibility. Additionally, the goal of Bright Star 2017 is to grow regional security and cooperation, and promote interoperability in conventional and irregular warfare scenarios.

During Bright Star 2017 service members from both countries will participate in a command-post portion consisting of a scenario based on unconventional forces conducting operations against coalition forces. The field-training exercise will focus on tactical interdiction processes for both the Egyptian and U.S. militaries.

“This exercise manifests the bonds of cooperation and friendship that connects our countries and armed forces, as well as emphasizing the mutual interest in the framework of countering terrorism and maintaining international peace and security,” said Egyptian Maj. Gen. Khaled Khairy, Bright Star 2017 exercise director for the Egyptian armed forces.

Khairy also stated that the exercise allows both counties to work in a collaborative environment.

“This environment enables us to break barriers of training, communication, capabilities and work together in in an appropriate environment,” Khairy said. “This exercise also helps in exchanging expertise, increasing understanding and the ability of joint cooperation, so that we will be able to work together in countering terrorism and maintaining international peace and security, to set an international example.”

The senior leader seminar held in conjunction will serve as a forum to discuss best practices regarding counter-insurgency, border control and opposing foreign terrorists.

Started in 1981, Bright Star builds on the strategic security relationship between the U.S. and Egypt, a partnership that supports counterterrorism, regional security, and efforts to combat the spread of violent extremism.

“Bright Star is an excellent opportunity to improve our ability to partner at the operational level and identify best practices in countering asymmetric threats,” Mott said. “I’m very much looking forward to the opportunity to work with [our Egyptian partners] as we collectively learn from and share valuable lessons with each other throughout this exercise.”