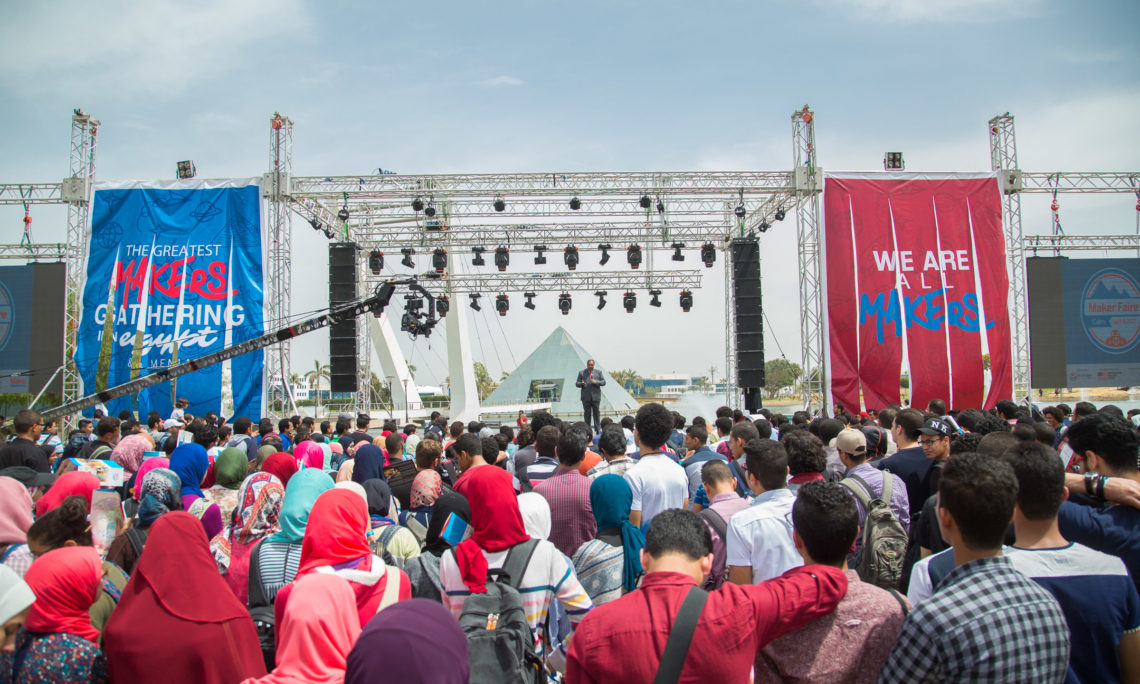 The Faire invites talented “Makers” from Egypt and other countries in the region to display their creations and share their inspiring stories.   Described as “The Greatest Show and Tell on Earth – a showcase of invention and resourcefulness,” the Faire includes talks by visiting American experts, as well as other international leaders of the Maker movement.

“Over the past three years, we have seen young people from all parts of Egypt gather at the Cairo Maker Faire to test and showcase their technological and entrepreneurial ideas,” Minister-Counselor for Public Affairs at U.S. Embassy Cairo Adnan Siddiqi said.  “America started the worldwide Maker Movement, and now Egypt is helping expand it throughout the Middle East, sparking a new generation of creative thinkers.”

Faire highlights included talks by David Neevel (“The Twitter Toaster and other Machines”) in which the U.S. inventor showed how simple creativity can be applied to solve everyday problems, and by Sherry Lassiter, director of the Fab Foundation, who described how the Maker movement began in the U.S. and then rapidly grew in Egypt and around the world.