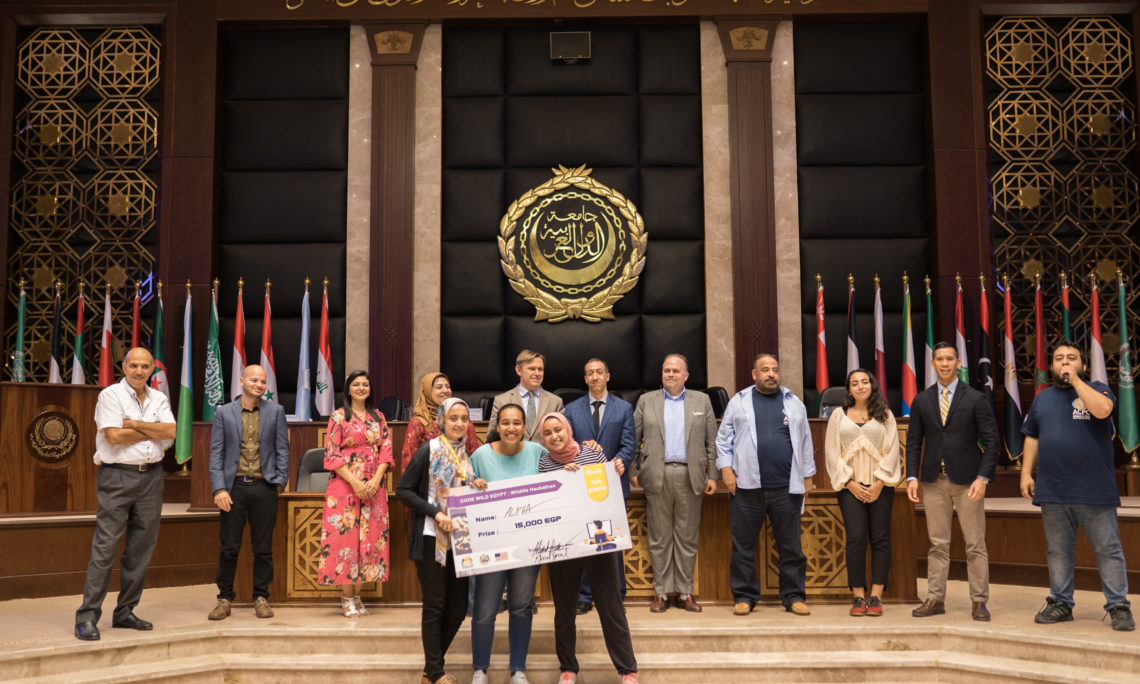 Alexandria – Hundreds of software engineers from across Egypt competed in the U.S. Embassy’s “CODE WILD EGYPT: Wildlife Hackathon” this week at the Arab Academy for Science, Technology, and Maritime Transport. Teams developed applications to raise awareness and combat wildlife trafficking. Egypt’s hackathon is one of 14 U.S. Department of State-sponsored hackathons being hosted around the world this year.

“This partnership is a perfect fit. The Arab Academy runs dozens of programming contests across the Middle East and Africa every year. It’s a privilege for us to connect government and civil society with some of Egypt’s most creative and talented software engineers to confront global problems,” said Dr. Mohamed Fouad, Executive Director of the Africa and Arab Collegiate Programming Championship.

The teams, “Alpha,” “Cyanobacteria,” and “Trivan,” won first, second, and third place, respectively, and will split $2,000 USD in funding to further develop their apps.

Wildlife trafficking is a serious transnational crime that threatens security, undermines the rule of law, fuels corruption, robs communities of legitimate economic livelihoods, and pushes species to the brink of extinction. In Egypt, for example, migratory birds are threatened as a result of traffickers in Africa, the Gulf, and Europe. The United States is a leader in the fight against wildlife trafficking. In February 2017, President Trump signed Executive Order 13773, which highlighted wildlife trafficking as one of four priority areas in the effort to dismantle organized crime syndicates. For more information, visit www.zoohackathon.com or contact zoohackathon@state.gov.