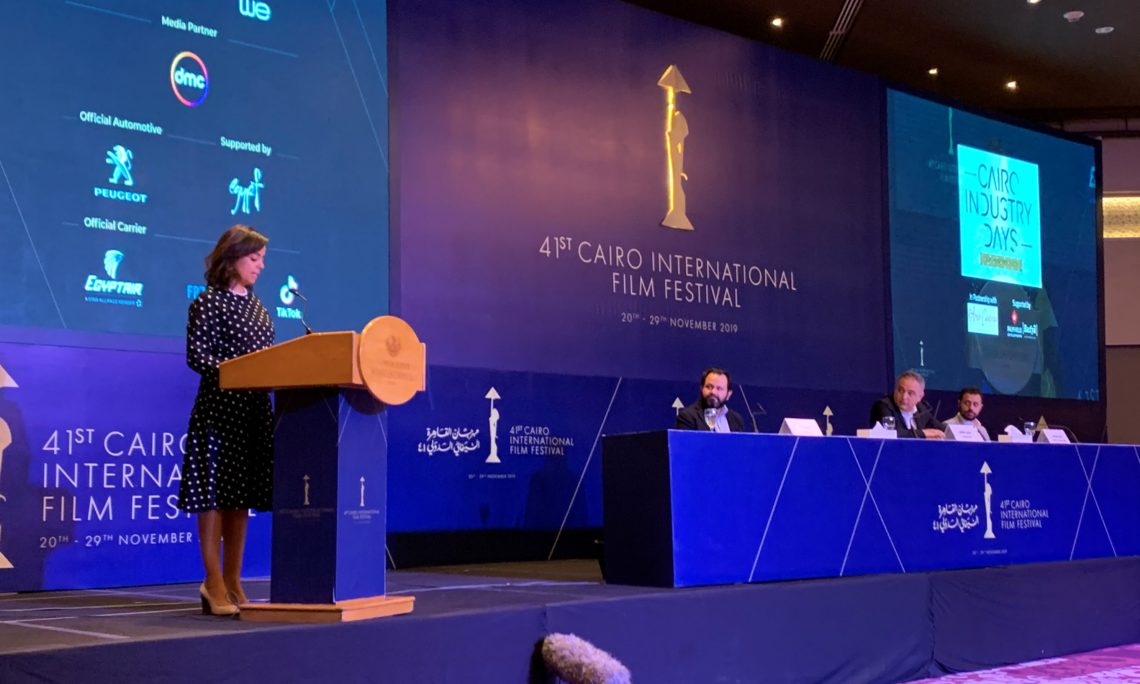 Cairo – The U.S. Embassy is pleased to announce that Cairo Industry Days 2019 will host Film Independent and the Middle East Media Initiative (MEMI), who will hold workshops and events on November 21-25 to increase collaboration and partnerships between the U.S. and Egyptian film and television industries.

Film Independent and the U.S. Embassy are proud to welcome, Heather Rae, the producer of the Academy Award nominated film Frozen River;  Kelly Thomas, the Spirit Award winning producer of Spa Night; and Eric D’Arbeloff, Co-President and Co-Founder of Roadside Attractions, a company that creates innovative theatrical release strategies for outstanding specialty films.  These three filmmakers will lead a four-day workshop from November 21-24 to help Egyptian producers understand U.S. independent film financing strategies and distribution models. The workshop will also feature a simulated pitch session with feedback from the film mentors. Film Independent is a nonprofit arts organization that champions creative independence in visual storytelling and supports a community of artists who embody diversity, innovation and uniqueness of vision.

The Middle East Media Initiative (MEMI) will hold three days of events at Cairo Industry Days 2019, including a high-level gathering of top Arab and U.S. TV executives and content producers, industry panels on November 23-25 to discuss the future of Arab TV, and the first ever Arab TV pitch forum in the Middle East, in which major international and regional buyers will have an opportunity to hear pitches from content creators.  MEMI is supported by the U.S. Department of State in cooperation with University of Southern California’s School of Cinematic Arts (SCA).  Since 2007, SCA has partnered with the U.S. Department of State to implement major film and TV diplomacy programs including American Film Showcase and the Middle East Media Initiative. MEMI supports Arab TV writers and showrunners in developing original content for broadcast on local networks and streaming platforms, and also connects American and Arab TV industries for increased collaboration and investment.

Cultural and artistic exchanges are just one way the United States partners with the people and government of Egypt. Learn more at the Embassy’s website, https://eg.usembassy.gov/ and follow the U.S. Embassy’s participation in Cairo Industry Days 2019 on Facebook, Instagram, and Twitter at @USEmbassyCairo.