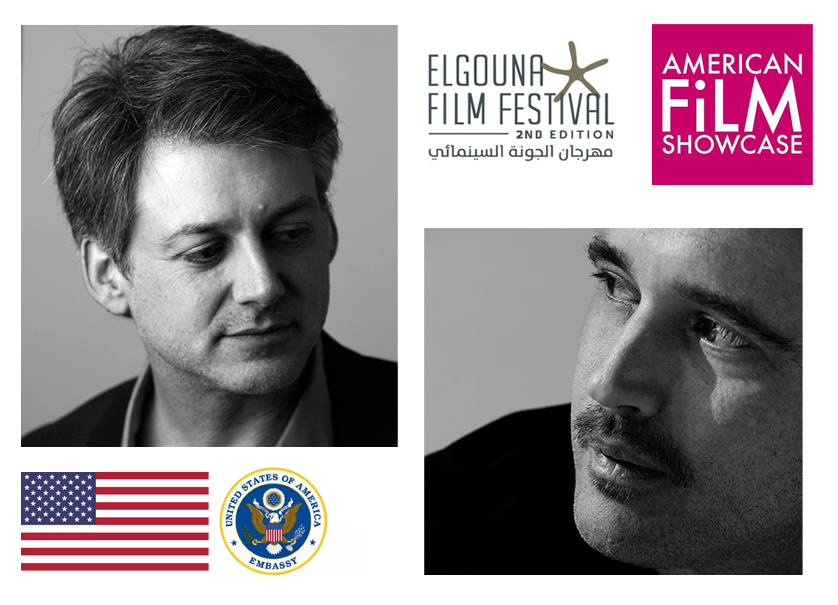 American Film Showcase (AFS) is the premier film diplomacy program of the U.S. Department of State, in cooperation with The University of Southern California’s School of Cinematic Arts. AFS promotes people-to-people engagement, offers contemporary insights into American society, and fosters understanding across cultures. AFS is proud to join the CineGouna Platform, a space for dialogue among different international cinematic voices, and will work with emerging filmmakers as they develop their scripts.

Keith Fulton and Lou Pepe are directors of both documentary and fiction films and have made movies together for over 20 years. Fulton and Pepe’s documentary feature LOST IN LA MANCHA was nominated for the European Film Award for Best Documentary, and won the Evening Standard’s Peter Sellers Award for Best Comedy. Fulton and Pepe’s most recent documentary release, THE BAD KIDS, received the Special Jury Prize for Verité Filmmaking at the 2016 Sundance Film Festival and was selected for the American Film Showcase.

In addition to facilitating the participation of AFS in El Gouna Festival, the U.S. Embassy is pleased to also offer a $10,000 post-production fund and online mentorship opportunity with an American distributor for an Egyptian filmmaker, to be presented at the CineGouna SpringBoard awards ceremony.
Cultural and artistic exchanges are just one way the United States partners with the people and government of Egypt. Find out more at the Embassy’s website, https://eg.usembassy.gov, and follow our participation in the El Gouna Film Festival on Facebook, Twitter, and Instagram at @USEmbassyCairo.
###