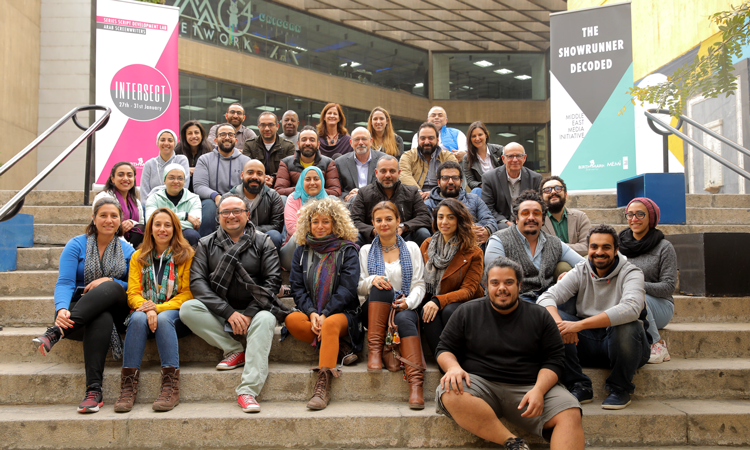 Cairo – During January 2019, the U.S. Embassy collaborated with the Middle East Media Initiative (MEMI), and Egyptian script development and screenwriters hub Birthmark Scenario to conduct a weeklong series of workshops for television scriptwriters.  These workshops provided Egyptian screenwriters with face-to-face access to expert American screenwriters in order to exchange ideas and to learn about the “Writers’ Room” format widely used in the U.S. television industry.

This initiative is part of the Embassy’s support for Egypt’s creative arts industries and the next generation of promising Egyptian screenwriters.

The Middle East Media Initiative (MEMI) is a program supported by the U.S. Department of State in cooperation with the University of Southern California’s School of Cinematic Arts.  MEMI produces trainings and creative collaborations between TV, media, and digital professionals in the U.S. and the Middle East. MEMI brings leading and emerging Egyptian producers and screenwriters to the U.S. for script development workshops, masterclasses with top American TV showrunners, and job shadowing opportunities on American TV shows.