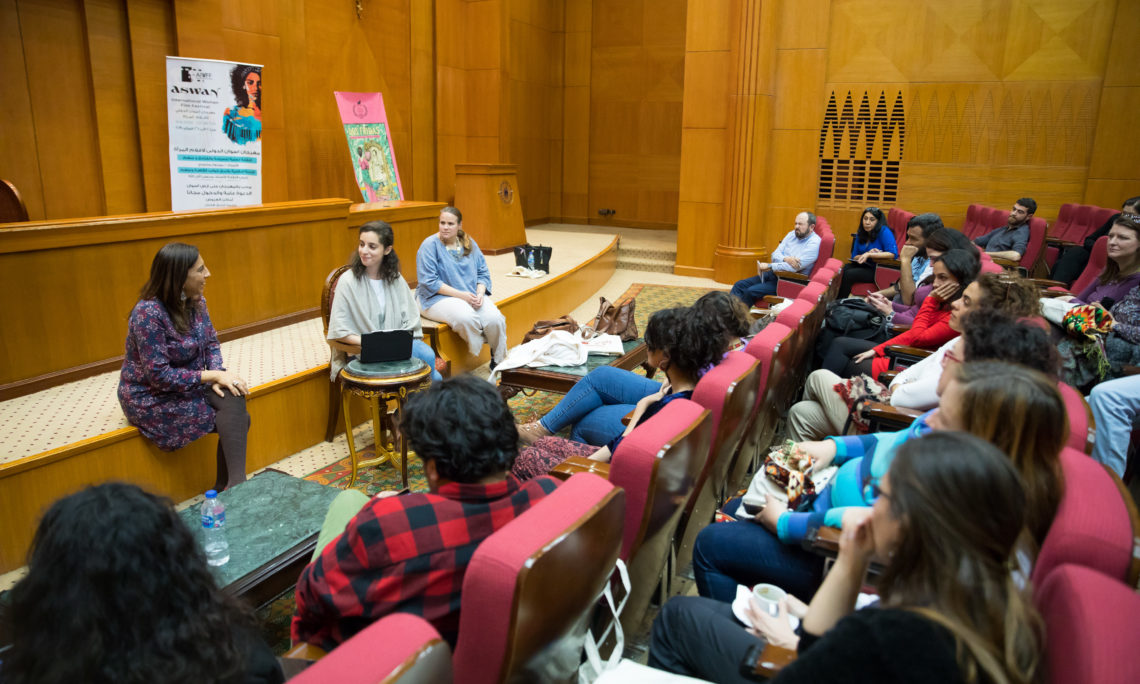 CAIRO – In partnership with the Aswan International Women’s Film Festival, the Embassy brought Egyptian-American film producer Dina Emam to Egypt on February 25th and 26th to lead a workshop and meet one-on-one with female Egyptian filmmakers. Dina Emam is best known for her work on the film “Yomeddine.”

“We are delighted to provide this opportunity for Egyptian filmmakers to connect with peers and mentors, as well as to explore future collaboration, discuss funding opportunities, and share industry best practices.” said Dorothy Shea, the Deputy Chief of Mission at the U.S. Embassy Cairo.  “Film can be a powerful tool to empower women and girls, both behind and in front of the camera.”

Also in support of the Festival, the U.S. Agency for International Development (USAID), together with UN Women, the National Council for Women, and the Japanese Government, supported the production of the Egyptian film “Between Two Seas”, which premiered at the festival. This moving story spotlights the negative personal and societal repercussions of female genital mutilation and the benefits of empowering women and girls. The film was produced by first-time filmmaker Axeer Productions, who won two prizes at the festival for their work on the film.

The Embassy works cooperatively with festivals and filmmakers throughout Egypt, bringing American filmmakers to lead workshops, panels, and masterclasses. Find out more about Embassy support for culture and the arts and our other cooperation with Egypt at https://eg.usembassy.gov  or on Facebook and Twitter at @USEmbassyCairo.