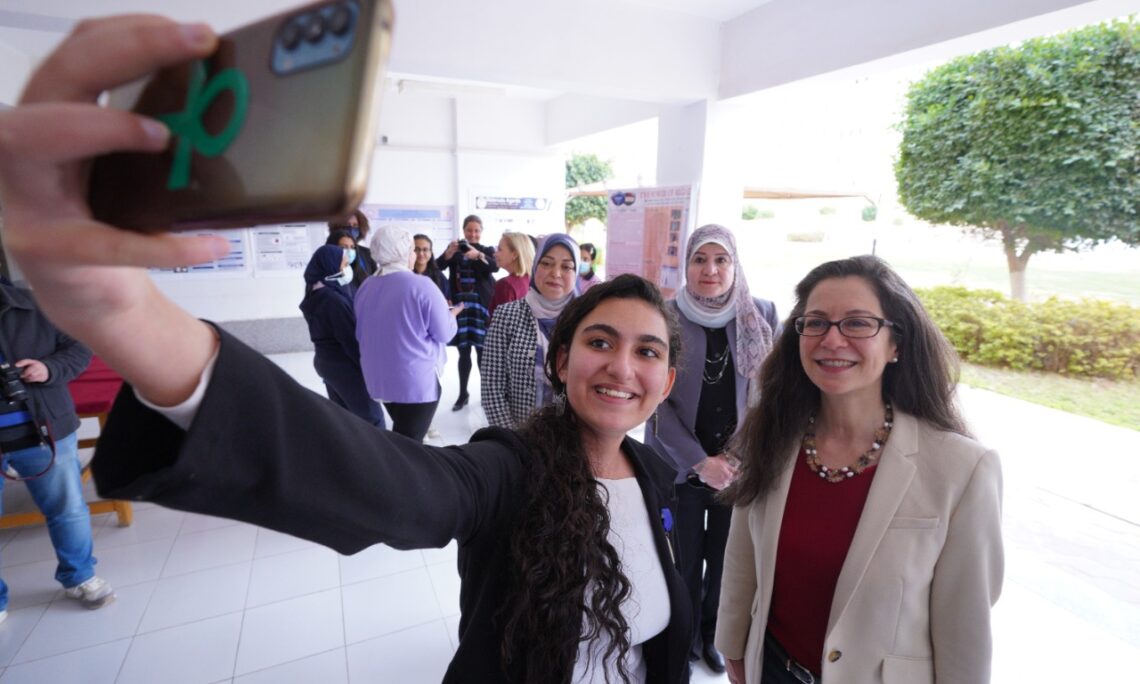 “The United States, in partnership with the Government of Egypt, has established 19 STEM schools across Egypt, including the Maadi Girls STEM school. 5,000 of Egypt’s brightest students study at these schools annually, and the talented young women at the Maadi Girls STEM school represent the future of STEM in Egypt. Overall, the United States has contributed $1.7 billion (EGP 26.7 billion) to support education in Egypt since 1978,” noted Chargé d’Affaires Shampaine.

During her visit, Chargé Shampaine, USAID Mission Director Leslie Reed, and USAID Deputy Mission Director Margaret Sancho participated in a student-led tour of the school where they learned about the students’ capstone projects, many of which focused on climate change. They also met with Fatma El-Banna, a student at Alexandria STEM School, who won third prize at the virtual International Science and Engineering Fair in 2021, and Heba GabAllah, a 2015 graduate of Maadi Girls STEM school who now works at the Egyptian Space Agency.

Since 1978, the U.S. Government has invested over $30 billion (EGP 471 billion) to support Egypt’s economic development.